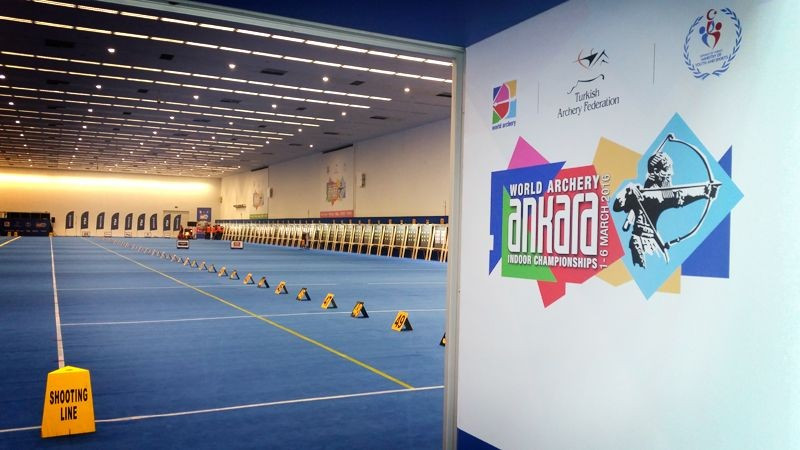 The World Archery Indoor Championships are due to begin this week in Ankara amid heightened security following the recent terrorist attack in the Turkish capital.

A total of 28 people lost their lives during the incident, with 61 injured, when a car bomb hit a military convoy on February 17.

Ankara was also the target of a series of bombings back in October of last year, with 102 people killed and more than 400 hurt in the worst terrorist attack to hit the city in its history.

World Archery has confirmed the security at the tournament will be higher than usual as a result of the incidents.

The competition, due to get underway with qualification tomorrow and conclude on Sunday (March 6), is expected to feature a host of the sport’s top names.

American Brady Ellison, part of his country's Olympic silver medal winning team at London 2012 and two-times world indoor champion, comes into the competition in Ankara off the back of winning his third Indoor Archery World Cup Final crown in Las Vegas.

He will compete in the men’s individual recurve field, where some of the competitors will also be hoping to step up their preparations for this summer’s Olympic Games in Rio de Janeiro.

The absence of Mexico's defending women’s recurve champion Aida Roman opens the door for her rivals.

Italy’s Claudia Mandia is one to look out for after she matched the world-record breaking performance of Park Sehui at the World Cup tournament in Nimes in France in January.

European Games champion Guendalina Sartori, also of Italy, is one of the favourites having triumphed in Nimes.

Rod Menzer, the world champion in 2008, could be a dark horse for the gold medal in the men’s compound event as he makes a return to the American team.

Iranian veteran and 2014 Asian Games gold medallit Esmaeil Ebadi will also fancy his chances of taking the title in Ankara.

Italy’s Sergio Pagni is the only one of the four senior world indoor champions who will be in action at the event.

Men’s and women’s junior world titles will also be up for grabs in the recurve and compound disciplines.