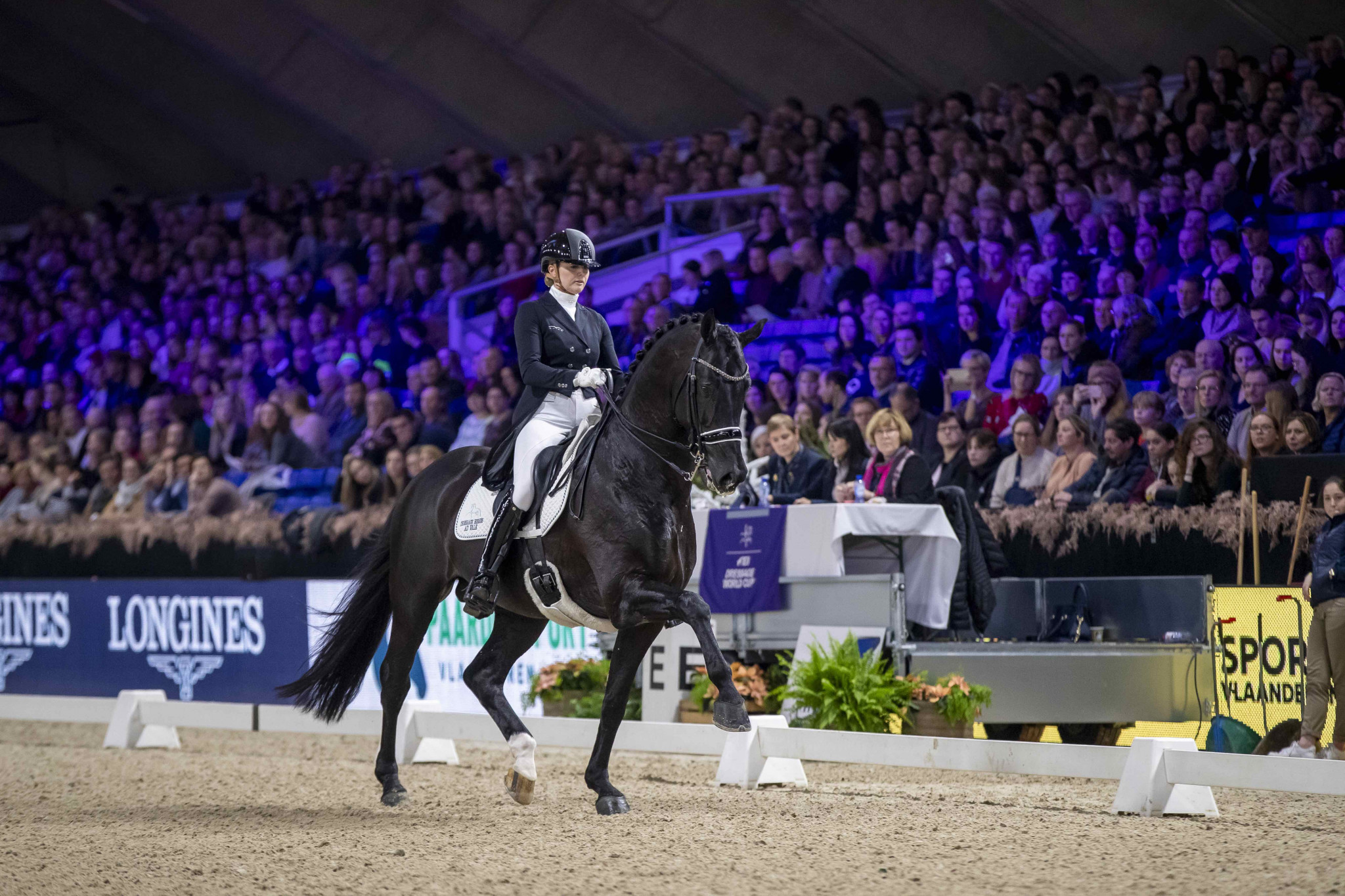 Emmelie Scholtens of The Netherlands triumphed at the seventh leg of the International Equestrian Federation Dressage (FEI) World Cup Western European League at Mechelen in Belgium.

The Dutch rider finished on a personal best score of 85.075, over five per cent ahead of nearest challenger Maria Caetano of Portugal.

Caetano, on board Coroado, also scored a personal best 80.940 per cent to clinch second place.

"I’m happy he is such a big mover, he’s always been like that and it’s a good thing it hasn’t changed with training, but when you are doing 15 one-tempi changes in a row there’s a lot of horse under you," Scholtens said.

"But he’s the sweetest boy ever - he’s a stallion but he doesn’t know it and he really is the perfect horse, he’s so kind and so workable."

Fourth place with Sir Donnerhall today has moved French rider Morgan Barbancon Mestre into fifth on the leaderboard behind Scholtens’ compatriot Hans Peter Minderhoud in fourth and three Germans - Helen Langehanenberg, Frederic Wandres and Benjamin Werndl - at the top of the rankings.

With four legs remaining, FEI Western European League campaign is due to continue with the eighth event of the season in Amsterdam on January 25.