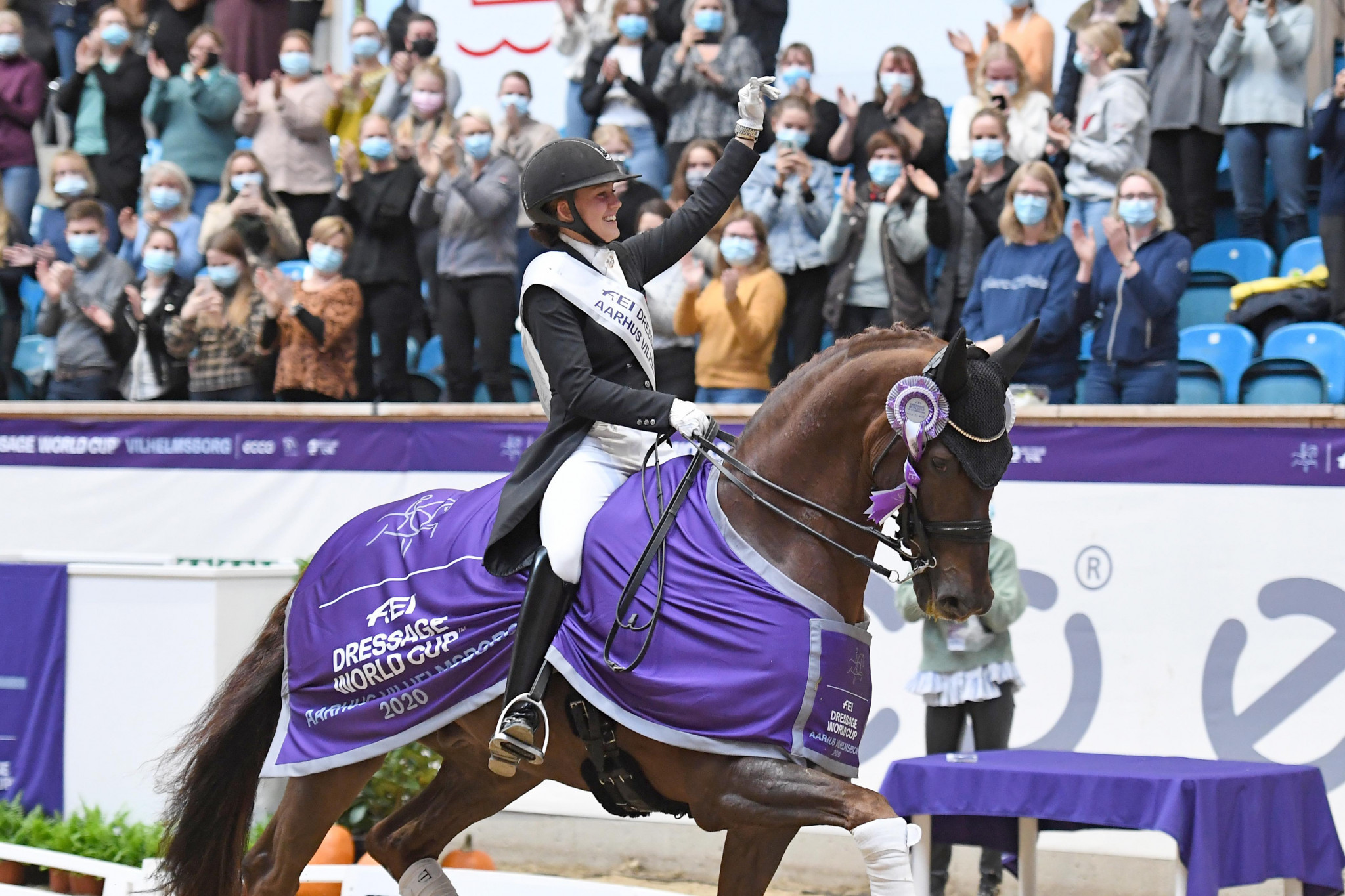 The competition was split across two days with the Dressage Grand Prix the first stage.

Dufour and Bohemian scored 83.435 in yesterday's Grand Prix to give them a comfortable advantage of five percentage points heading into day two.

German rider Isabell Werth and her horse Emilio 107 were in second place with a score of 77.978 just ahead of compatriot Jessica Von Bredow-Werndl and her horse Zaire E who finished third with 77.348.

Today's second stage of the competition, the Dressage Freestyle saw Dufour and Bohemian going tenth out of 15 competitors.

The pair produced an impressive display with the highlight being a clean piaffe and passage as they scored 88.200 points.

Werth and Emilio were last to go and despite producing a good score of 87.845 it wasn't enough to deny Dufour success on home turf in front of a delighted if reduced capacity crowd.

It's a home-crowd win for @CathrineDufour & Bohemian! ??

With breathtaking power & elegance, Cathrine & Bohemian stole the show with their fantastic fluidity. With exceptional talent on show, here's how the opening #Dressage #FEIWorldCup went down!
? https://t.co/TBxQTjoGvp pic.twitter.com/Ke6FGhOj0v

There was more for the home supporters to cheer as another Danish rider, Carina Cassoe Kruth and her horse Heiline's Danciera claimed fourth after scoring 84.455 points.

Speaking after her victory Dufour said: "Bohemian was really good in the Grand Prix, he was just playing with all the moves.

"Today I had to push him a bit more, but he’s getting more and more brave and he loves being in the ring!"

The second leg of the FEI Dressage World Cup Western European League is scheduled to take place in Salzburg, Austria, between December 3 and 6.