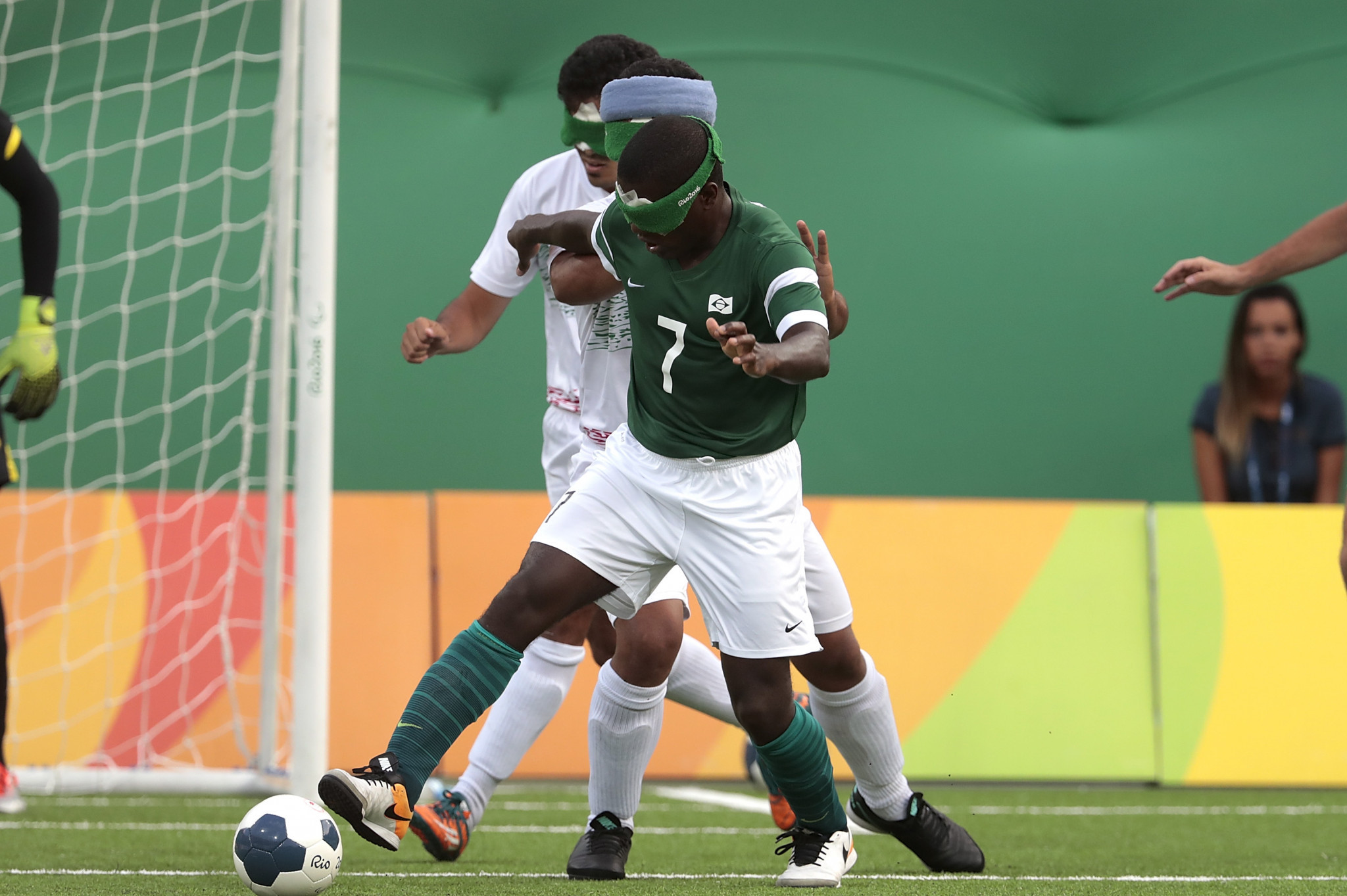 Reigning champions Brazil and hosts Japan will play in the opening matches of the blind football tournament at the Tokyo 2020 Paralympics, it has been confirmed.

Tokyo 2020 organisers have unveiled the schedule for the event, which is set to run from August 29 to September 4 at the Aomi Urban Sports Venue in Tokyo.

Brazil are set to begin the defence of their title in a meeting with China, while Japan go up against London 2012 silver medallists France in the other Group A match.

The two matches are due to be followed by the opening Group B meetings, with Rio 2016 bronze medallist Argentina tackling Morocco and Spain taking on debutants Thailand.

The groups for @Tokyo2020 have been drawn!

Some incredible matches heading your way from 29 August...#Paralympics #BlindFootball pic.twitter.com/LknQjYlm3q

Brazil are scheduled to face Japan on August 30 with China meeting France, before Thailand and Morocco go head-to-head and then Spain and Argentina battle it out in the evening kick-off.

The group stage is set to be concluded on August 31, with Japan facing China and Brazil tackling France before Argentina go up against Thailand and Morocco take on Spain.

Semi-finals are planned to be held on September 2, with the bronze-medal match and final set to take place on September 4.

The draw for the blind football tournament was conducted by Tokyo 2020 and the Japan Inclusive Football Federation last month.

Brazil will be looking to secure a fifth straight Paralympic five-a-side football title when they compete at Tokyo 2020 after success at Athens 2004, Beijing 2008, London 2012 and Rio 2016.

The full schedule and kick-off times can be found here.