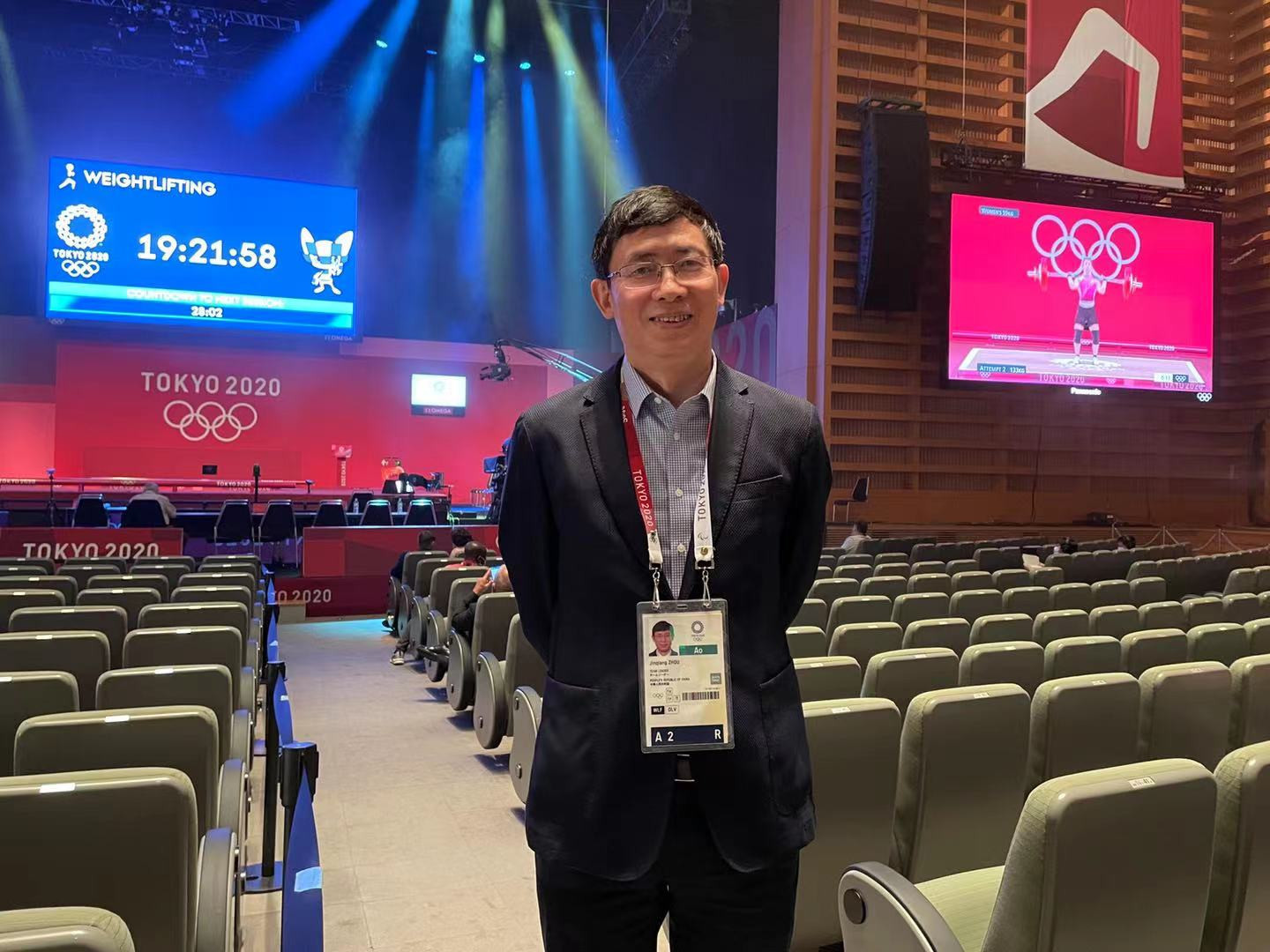 Zhou Jinqiang, President of the Chinese Weightlifting Association, has spoken of his pride in the team's record-breaking performance at Tokyo 2020, where they won seven gold medals.

He has also voiced his shock at the plight of a Greek weightlifter who is ending his career because he has no money.

Zhou said providing better conditions for athletes should be a top priority for the International Weightlifting Federation (IWF) when it tries to rebuild its reputation, and its governance, in the remainder of this year and beyond.

Theodoros Iakovidis, who had to prepare for the Olympic Games on funding of €200 (£170/$235) a month, gained support from some of Greece's top sports stars after making an emotional farewell speech.

Iakovidis finished 11th in the men's 96 kilograms, behind the Qatari winner Meso Hassona by 64kg.

His tearful interview in which he said, "I'm crying because it's over," went viral in Greece and led to messages of support from some of the country's top sports stars, including an National Basketball Association player and an Olympic gymnastics champion.

Iakovidis said he was ashamed to go to his physiotherapist "because you know he won't get any money from you", he had to walk to training because he could not afford fuel for his car, and said he had to quit "because I can't take it any more".

Pyrros Dimas, President of the Greek Weightlifting Federation who is technical director of USA Weightlifting, said Iakovidis' story was "a story of the difficulties we went through in the past 10 years" after the economic crisis.

"We have to try harder," Dimas said.

Zhou praised China's team, congratulated all medallists and thanked all the participating athletes, "who with their performances once again proved that weightlifting is worthy of staying in the Olympic Movement".

He said he was "deeply moved by their pursuit of excellence, their spirit of challenging the limit and their willingness to go forward.

"But at the same time, I was greatly shocked when the Greek athlete announced his withdrawal from weightlifting because of poverty."

Zhou said many athletes around the world were "still facing difficulties in training, injuries and living, which deserves the attention of everyone engaged in weightlifting administration, future leadership in particular.

"How to change the living and training conditions of our athletes and to provide them with better conditions is one of our priorities to be considered in the future."

As for China's best performance yet, seven champions and one silver medallist, Zhou said, "With the impact of the change in bodyweight categories in 2018 and the one-year postponement of the Olympic Games, they encountered many difficulties like athletes from other countries."

These included injuries, anxiety and the "fear of no competitions" Zhou said.

"However, they have overcome these difficulties tenaciously and I am very happy for and proud of them."

He said the organisation of the competition in Tokyo had been "excellent" and added, "I hope the weightlifting competitions in Tokyo Olympic Games will be clean with zero doping occurrence, which is of great importance for the survival and development of our sport.

"After the Olympic Games, everyone will realise that weightlifting is facing the problem of where to go, with the Constitution Reform Congress to be convened soon [August 28] and the subsequent IWF Electoral Congress to elect new leadership.

"Although there are many challenges ahead, I think it is our priority to keep our sport clean to protect the interests of clean athletes and keep the due position of our sport in the Olympic movement."