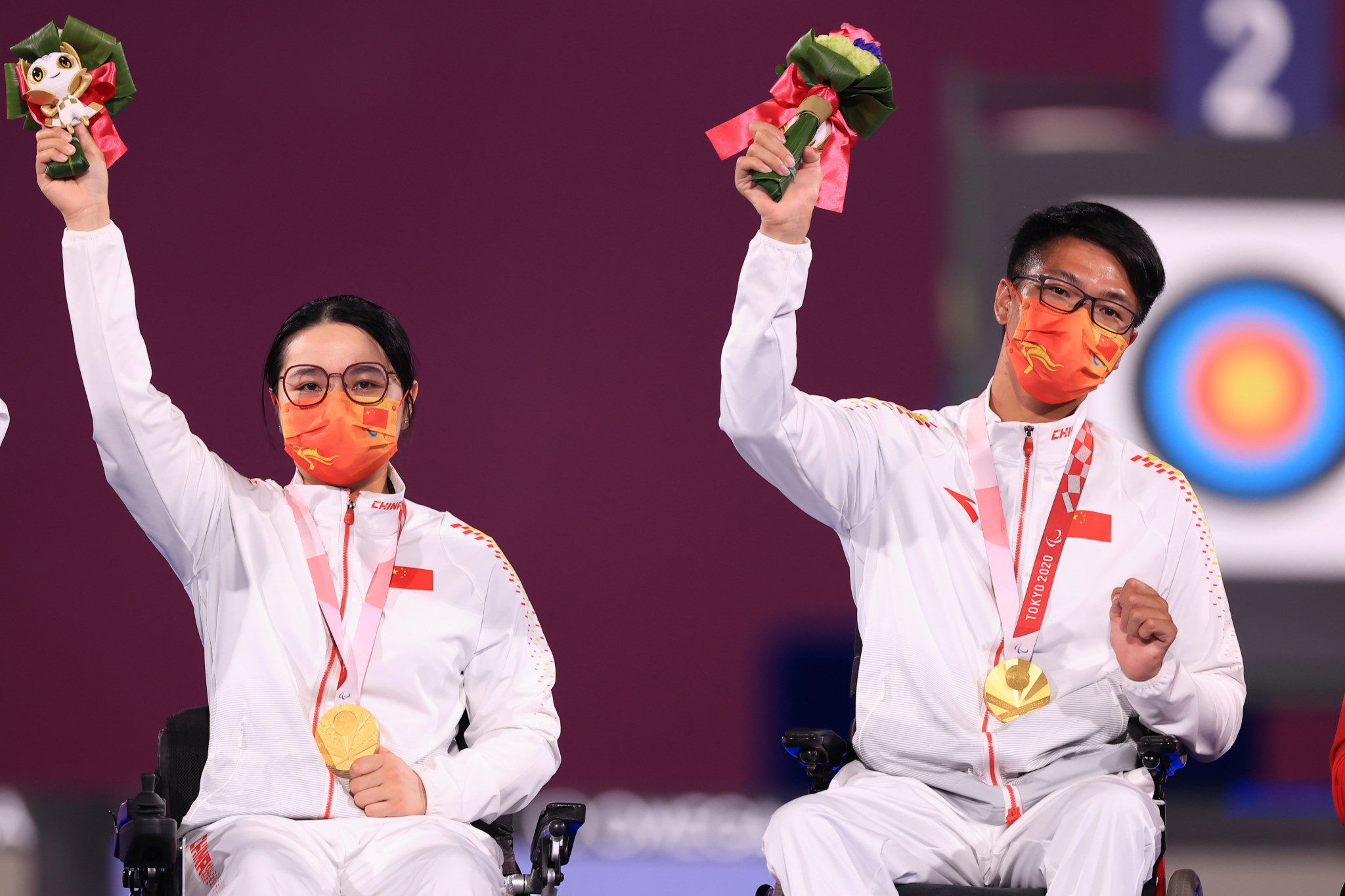 China's Chen Minyi and Zhang Tianxin were victorious in the W1 mixed team final in the first archery medal contest of the Tokyo 2020 Paralympic Games at Yumenoshima Final Field.

Chen and Zhang fell behind by one point in the opening round of four, but came back, eventually extending the gap to six points by the end.

Already in the individual competition, Chen broke the Paralympic record in the W1 with a total of 640 in qualifying.

The first matches in the arena at the @Tokyo2020 @Paralympics. 🙌#ArcheryatTokyo #archery pic.twitter.com/aiYL3Xu6H9

Similarly, the RPC came from behind to win, partly due to a disastrous third round for Kim and Koo, who scored a five and a seven in two of their four arrows.