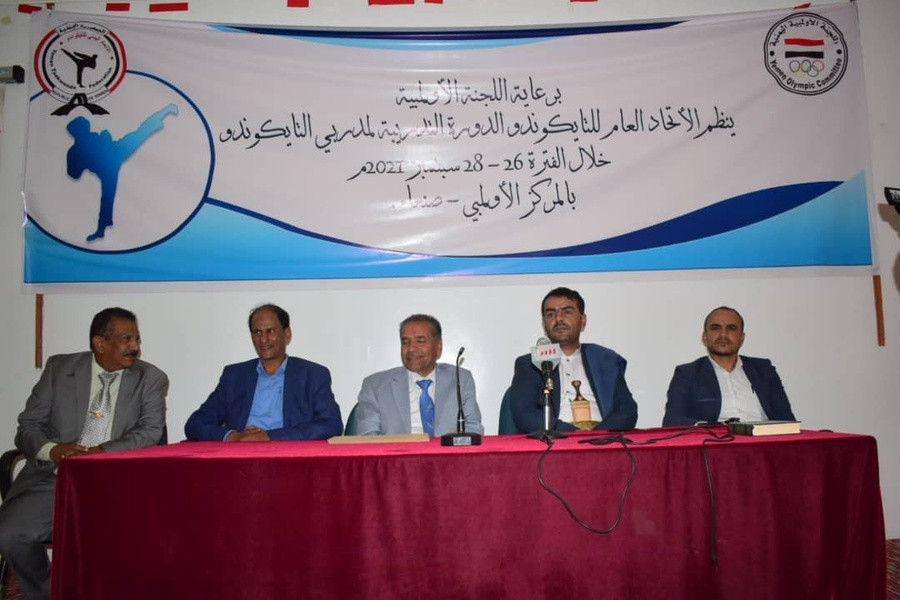 A total of 20 trainers took part in the course, and were presented with certificates afterwards.

The course sought to cover all aspects of coaching, including teaching young players the basics and the physical training, sport science and techniques required for more seasoned athletes.

It drew to a close at the Olympic Hall in Sana'a, with the Closing Ceremony attended by representatives of the YOC, YTF and the Yemeni Government Sports Ministry.

Mohamed Abdullah Al-Ahjri, the secretary general of the YOC, said the country's National Olympic Committee (NOC) sought to support all of its national sports associations in providing training courses to improve the standard of coaching in Yemen.

It is hoped this will lead to more athletes performing well on the international stage and qualifying for the Olympic Games.

Yemen was represented by five athletes at Tokyo 2020, and has yet to win an Olympic medal.

Tameem Al-Kubati was the last athlete to represent the country in taekwondo at the Games, reaching the quarter-finals of the men's under-58 kilogram competition at London 2012.

Shiab Al-Arif is currently 454th in the World Taekwondo Olympic kyorugi rankings and Waleed Beshr 751st for the men's under-58kg division, with Ahmed Al-Khulaqi 662nd in the men's under-68kg category.

Yemen has been devastated by a Civil War since 2014, fought mainly between the Government led by Abdrabbuh Mansur Hadi and the rebel Houthi movement.