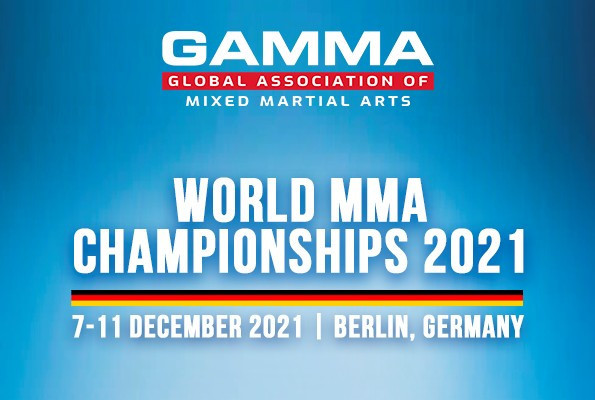 German capital Berlin is due to host the Global Association of Mixed Martial Arts (GAMMA) World MMA Championships in December, it has been announced.

The competition, which GAMMA describes as "amateur MMA's flagship event", is scheduled for December 7 to 11 this year.

Hosted at the Hotel Berlin Central District, finals are to take place from December 9 to 11, with athletes from more than 100 countries expected to compete.

The GAMMA World Congress is also set to take place on December 8, midway through the event.

The 2020 edition was cancelled due to COVID-19 restrictions, after the 2019 competition was hosted by Singapore.

"It is a great honour for us to host this event and welcome some of the world’s greatest elite-level amateur MMA athletes to Berlin," said German Amateur Mixed Martial Arts Federation (GAMMAF) Honorary President Adrian Bakos.

"GAMMAF will put all its energies into staging a memorable World Championships and Congress that shines a deserved spotlight on amateur MMA in Germany and around the globe."

Representatives from GAMMA's 100-plus member federations are due to attend the Congress, which will include a review of the GAMMA's finances, reflection on changes to the GAMMA Board of Directors and a discussion of GAMMA's activities during the 2020-2021 period.

"We are very much looking forward to gathering together face to face after such a long time apart due to the pandemic," said GAMMA President Alexander Engelhardt.

"I am convinced it will be an excellent World Congress where we will receive input from our global membership and a tremendous competition for our athletes.

"See you in Berlin!"

The GAMMA World MMA Championships are due to start a little over a month after the GAMMA European Championships in Kiev in Ukraine.