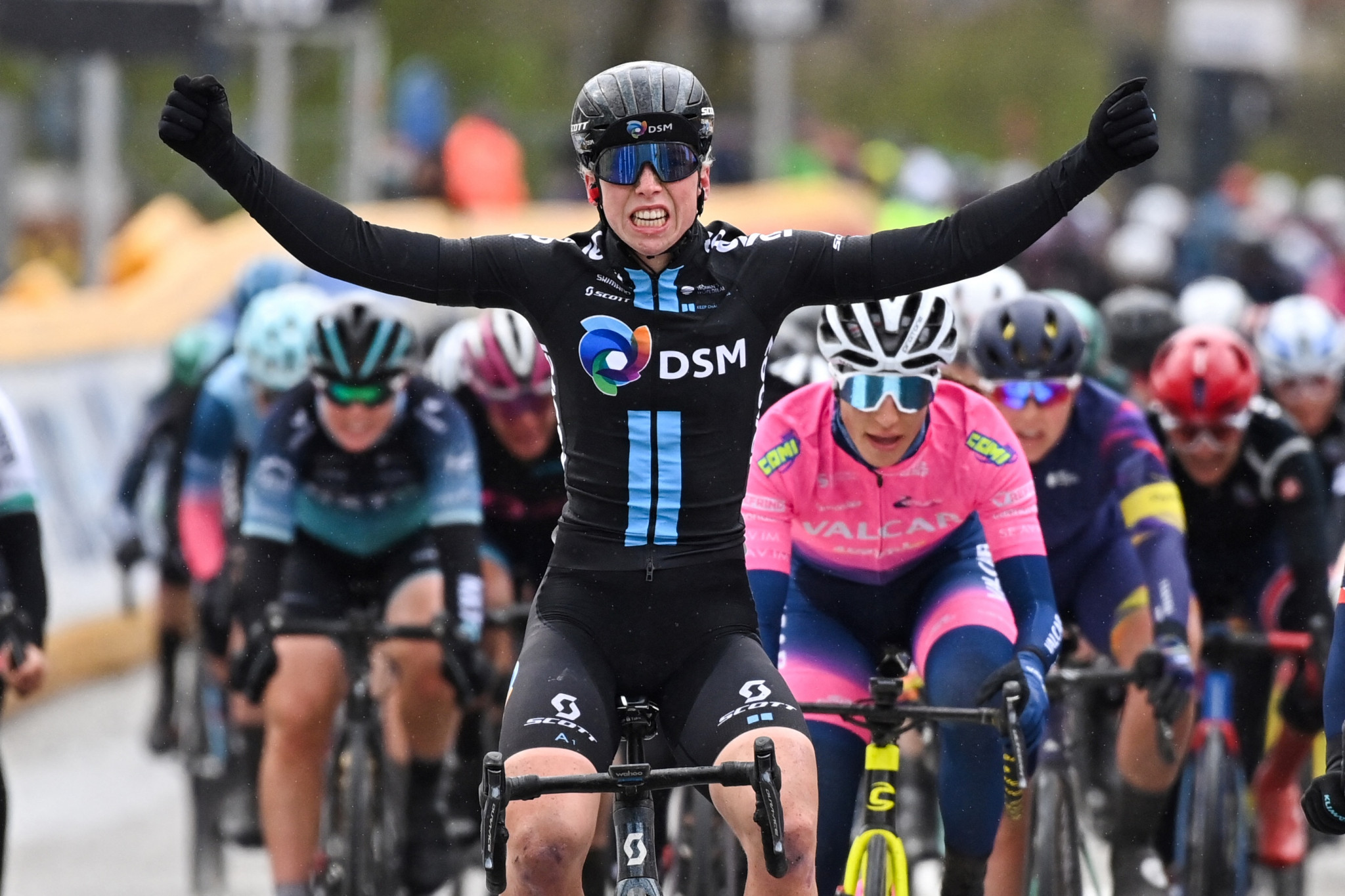 Annemiek van Vleuten won the purple jersey on home soil for topping the individual ranking for the season which began on March 6.

Wiebes of Team DSM claimed the win after pulling away from a slender leading pack.

The re-scheduled Ronde van Drenthe was a long and aggressive race which covered 159.1 kilometres from Assen to Hoogeveen.

It was originally scheduled for March 14.

The terrain was mostly flat but athletes had to navigate several challenging cobbled sectors and four ascents, the last coming 15km before the finish.

Dutch duo Lieke Nooijen and Janneke Ensing instigated the early break and led the field over the cobbled sectors in the first half of the race before being reeled in at the halfway mark.

Ensing was competing in the last race of her career.

Frenchwoman Margaux Vigie and Kirstie van Haaften of the Netherlands carried a small lead into the first ascent of the gruelling VAM-berg section, but the pair were neutralised by the top of the climb as the race began to light up.

But there’s no change in the #UCIWWT standings!
Annemiek van Vleuten is the overall winner, with Niamh Fisher-Black the best young rider.
Thanks for following and thanks to the peloton for a great season! pic.twitter.com/fRCIqSOHoY

Attacks persisted in the last 60km as the non-sprinters and smaller teams attempted to avoid the traditional bunch sprint.

The British pairing of newly crowned national champion and Wiebes' teammate Pfeiffer Georgi and Alice Barnes established a 25-second gap on the way to the second VAM-berg circuit.

Their advantage went back-and-forth ahead of the strung out peloton until they reached the foot of the infamous man-made climb for the final ascent.

A trio of attackers – Italy's Elena Cecchini, Switzerland's Elise Chabbey and Floortje Mackaij of The Netherlands - earned a gap over the last climb and they were joined for the last 10km by a dangerous four-rider chase group that was packed with Team DSM riders.

The DSM riders drove the pace into the closing kilometres, keeping what was left of the peloton at bay and perfectly setting up their sprinter.

Wiebes won with a few bike lengths to spare, with Cecchini in second and Eleanora Gasparrini of Italy crossing the line in third.

Despite a poor finish in today's race, van Vleuten topped the individual rankings with 3177 while her compatriot Demi Vollering and Italy's Elisa Longo Borghini made up the podium on 2547 and 2509 points respectively.