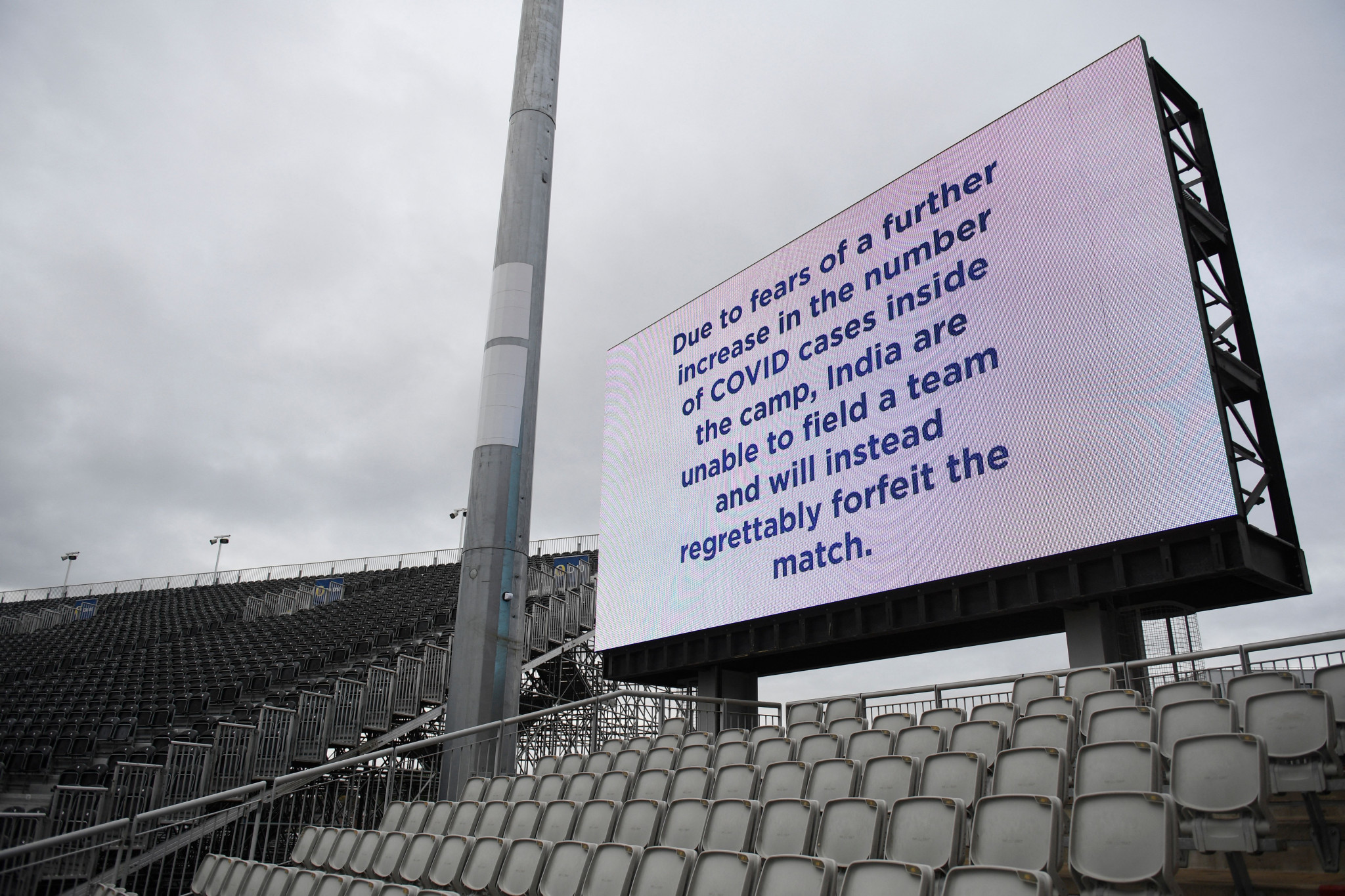 England's home Test match against India which was cancelled this year because of a COVID-19 outbreak in the visitors' camp has been rearranged for July 2022.

The fifth Test in the series - which India lead 2-1 - is now due to begin on July 1, and has oved from Old Trafford in Manchester to Edgbaston in Birmingham.

Pre-existing commitments mean that Old Trafford will not have enough time to produce a suitable pitch, the England and Wales Cricket Board (ECB) said, so the Test against South Africa beginning on August 25 has in turn been moved from Edgbaston to Old Trafford.

India's men's cricket team were already due to visit England next year for a whit-ball tour, and adding an extra Test match will ensure the ECB and Board of Control for Cricket in India (BCCI) do not miss out on valuable revenue from the abandoned five-day encounter, they hope.

The 50-over and Twenty20 matches between the two nations have had to be reshuffled to account for an extra Test.

The fifth Test match was called off just hours before play was supposed to begin on September 10.

Another member of India's backroom staff tested positive the day before the fifth Test, and with the Indian camp said to be increasingly disturbed by the situation the Test was cancelled.

Some eyebrows were raised, however, at the speed at which India's players were able to fly to the United Arab Emirates after the cancellation, to prepare for the lucrative Indian Premier League franchise tournament.

"We are very pleased that we have reached an agreement with BCCI to creating a fitting end to what has been a brilliant series so far," ECB chief executive Tom Harrison said.

"I’m very grateful to all the venues involved for the cooperation they’ve shown in allowing us to reschedule this match.

"I’d also like to thank Cricket South Africa for their support and understanding to allow these changes to be possible.

"We would like to apologise again to fans for the disruption and disappointment of September events.

"We know it was a day that so many had planned long in advance."