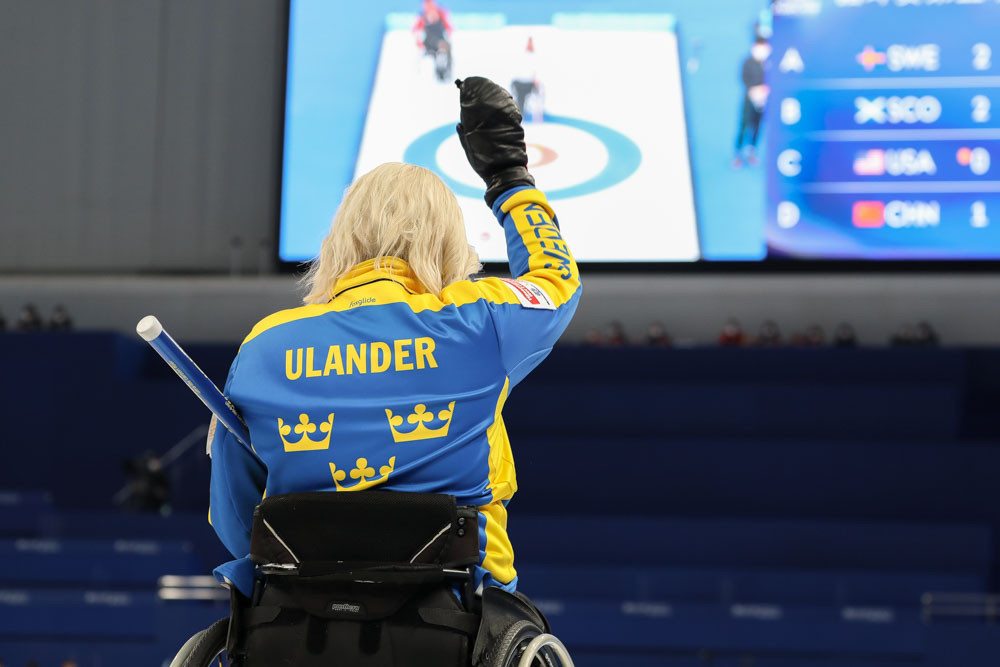 With another two victories on the second day of competition today, Sweden remained unbeaten at the World Wheelchair Curling Championship at the "Ice Cube" in Beijing, now with three wins to their name.

Viljo Petersson-Dahl's rink had three fantastic ends to give them a 10-5 win over Radoslav Duris' Slovakia, starting with four in the opening end at the National Aquatics Centre.

Later in the day they were made to work hard against Angela Menardi's Italy, needing a score of three in the seventh end to take the lead again, before stealing for two to record a 9-6 win.

An incredible steal of four in the third end made it a difficult deficit for Konstantin Kurokhtin's team to make up.

RCF would win later in the day, but suffered a late scare against Matthew Thums' United States, who scored four and stole for one in the last two ends.

A solid start created a big enough deficit to help the Russians win 7-6.

Kurokhtin led Russia to this title in 2020 - but the nation's flag, name and anthem are prohibited this time around under World Anti-Doping Agency sanctions imposed on he country.

Hugh Nibloe's rink started with a 10-4 victory for Scotland against Italy.

Despite Menardi's team scoring three in the first end, a fantastic run of four back-to-back scores for Scotland won them the tie.

They stole for two, one and then four in ends five to seven

Polina Rozkova's Latvia got a second win in the afternoon, narrowly beating Jang Jae-hyuk's South Korea 6-5, and the US defeated Jostein Stordahl's Norway 5-3.

Following their defeat to the US yesterday, Mark Ideson's Canada won 6-3 against Eric Decorvet's Switzerland.

Later in the day, Canada posted a second win by beating hosts China 4-2.

The crucial point of the match came when Canada scored two in the fourth end, followed by a single steal in the fifth, to which China could not recover.

South Korea would get their first win in the same session after scoring three and stealing for three to triumph 8-6 against in-form Scotland.