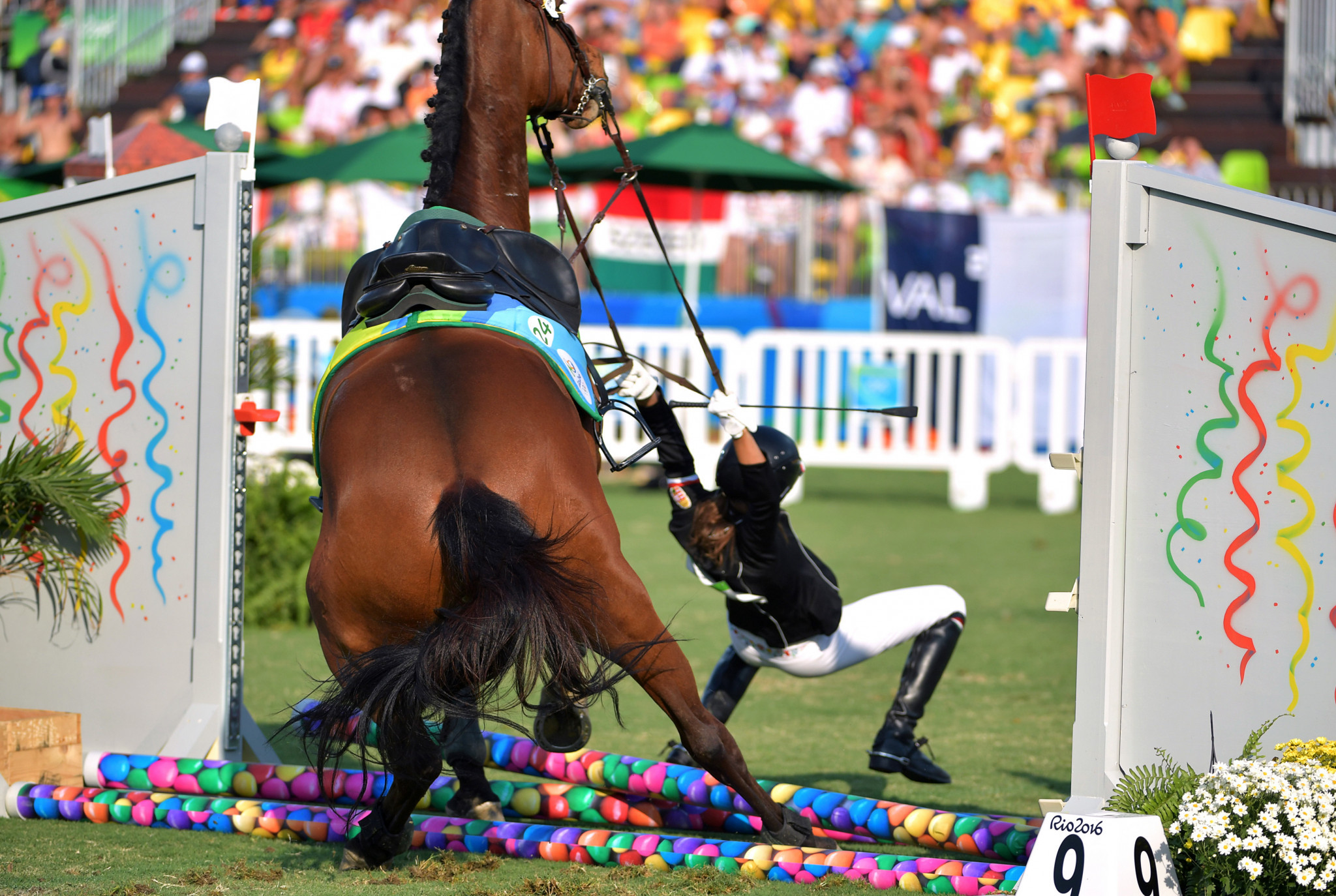 The International Modern Pentathlon Union (UIPM) has forced the Modern Pentathlon Association of Denmark (MPADK) to go through the UIPM Court of Arbitration first after the Danish body filed an application for a hearing at the Court of Arbitration for Sport (CAS) regarding the UIPM's decision to remove riding from the sport's programme after Paris 2024.

On November 4, the UIPM Executive Board exercised a force majeure clause to remove riding prior to the Los Angeles 2028 Olympics programme being ratified due to, it claimed, pressure from the International Olympic Committee (IOC), which would "only accept a proposal without riding".

In response, the MPADK filed an appealed to the CAS to reverse the decision, claiming: "The decision taken by the UIPM Executive Board was unconstitutional.

"Such a decision can only be taken by Congress - a general assembly of all member nations.

"The procedure used was not in accordance with UIPM Statutes - that is, simply put, what we will maintain."

However, a source with knowledge of the situation has told insidethegames that the UIPM is enforcing that the MAPDK enter into its own Court of Arbitration process first.

UIPM Statutes state the UIPM Court of Arbitration has the jurisdiction "to arbitrate controversies arising out between UIPM and any Member."

Citing this, the UIPM has rejected the jurisdiction of the CAS until the case is heard by the UIPM Court of Arbitration first.

"There was no 'force' regarding the choice of the competent forum for this dispute," a UIPM spokesperson told insidethegames.

"The CAS according to its own rules in principle only accepts cases once the internal legal remedies have been exhausted.

"According to the UIPM Code of Ethics adopted by the UIPM General Assembly, the UIPM Court of Arbitration is competent to deal with this matter in the first instance."

With this action the UIPM has been accused of "stalling" until after Congress, which is scheduled for November 27 and 28, but UIPM spokesperson insisted that was "certainly not the case".

"Further, UIPM fails to see the connection between this dispute and the Congress taking place," added the UIPM spokesperson.

"The criticism put forward against the UIPM EB decision seems to be based to a large extent on misunderstanding the scope of such a decision.

"As mentioned already various times the UIPM EB has made no attempt to amend UIPM Statutes or Competition Rules and any decision over a change of the UIPM Statutes will be made by the UIPM Congress.

"Hence, the Congress next weekend should be a good place to discuss and clarify these matters and hopefully render this dispute moot.

"If this is not the case, the Danish Modern Pentathlon Association is certainly free to follow up on this case at the competent courts."

Yesterday, UIPM vice-president Joël Bouzou refuted accusations that the UIPM Executive Board acted unconstitutionally, insisting any decision over changing UIPM Statutes and  a new discipline will be made by the UIPM Congress.

Bouzou wrote: "We should also tackle the suggestion that the UIPM Executive Board, in initiating the fifth discipline consultation process, acted unconstitutionally.

"The Executive Board has made no attempt to amend UIPM Statutes or Competition Rules - any decision over a change of the UIPM Statutes, a potential new discipline etc. will be made by the UIPM 2022 Congress.

"All the Executive Board has done is accelerate the process of proposing in time a new format to the IOC for the consideration by the IOC Programme Commission in relation to the Olympic Summer Games Los Angeles 2028."

But in a video meeting seen by insidethegames, Ivar Sisniega, chair of the Innovation Commission, suggested a decision had not been confirmed and a recommendation was merely put to UIPM members to be voted upon and ratified at the Congress.

"The Congress has to ratify this [decision]," said Sisneiga.

"This change will not be definite until the Congress ratifies it.

"So, the Congress is the ultimate authority of the UIPM."

"The decision was already made."

Pál Schmitt, an IOC member since 1983 and two-time Olympic gold medallist, who is also is a former IOC Presidential candidate and ex-President of Hungary, is another to have claimed the decision was unconstitutional.

"In order to take horse riding out from the programme, you need to change your Fundamental Rules (Deed of Foundation), which cannot be done by simple decision of the Executive Board of the UIPM," Schmitt wrote in a letter seen by insidethegames to UIPM President Klaus Schormann.

"To change the basic rule you need a two-thirds majority of your General Assembly."

The UIPM has claimed the decision is final and riding will be removed from the programme, though a decision on the discipline to replace it has not been confirmed.

The dispute between the UIPM and MAPDK comes as a letter from Pentathlon United, a group of current and former athletes protesting the UIPM's decision, issued to National Federations calls on them to vote against the re-election of Schormann as UIPM President at Congress.

Schormann is standing unopposed and, should he be re-elected, will win an eighth term, at the end of which he will have been UIPM President for 32 years.

"We are taking the unusual step of writing to each of you directly, as a result of the extraordinary circumstances our sport has been put in by the current leadership of the UIPM," Pentathlon United wrote.

"It is no surprise that thousands of pentathletes, from all over the world, have joined an uprising against UIPM's behaviour, in attempting to force through a decision of such magnitude, without proper debate and discussion.

"We urge each National Federation to consult with its athlete communities... to vote 'no' to the motion put forward by the German Federation calling for the removal of our equestrian discipline and 'no' to the re-election of Klaus Schormann and his UIPM leadership."

The letter also claims "it is far from established that the IOC has required the removal of the equestrian discipline from modern pentathlon," calling the move to rush through the decision to appease the IOC's desire to ratify the Los Angeles 2028 programme as "unnecessary and reckless".

Many National Federations have stated opposition to the UIPM's decision, including those from Australia, Canada, the Czech Republic, Denmark, Finland, Britain, Hungary, Kyrgyzstan, Sweden and Ukraine.

The UIPM's decision stemmed from a disastrous riding competition at the Tokyo 2020 Olympics, where German coach Kim Raisner was sent home after punching the horse Saint-Boy, who had refused to jump for Germany's Annika Schleu, the competition leader at the time.