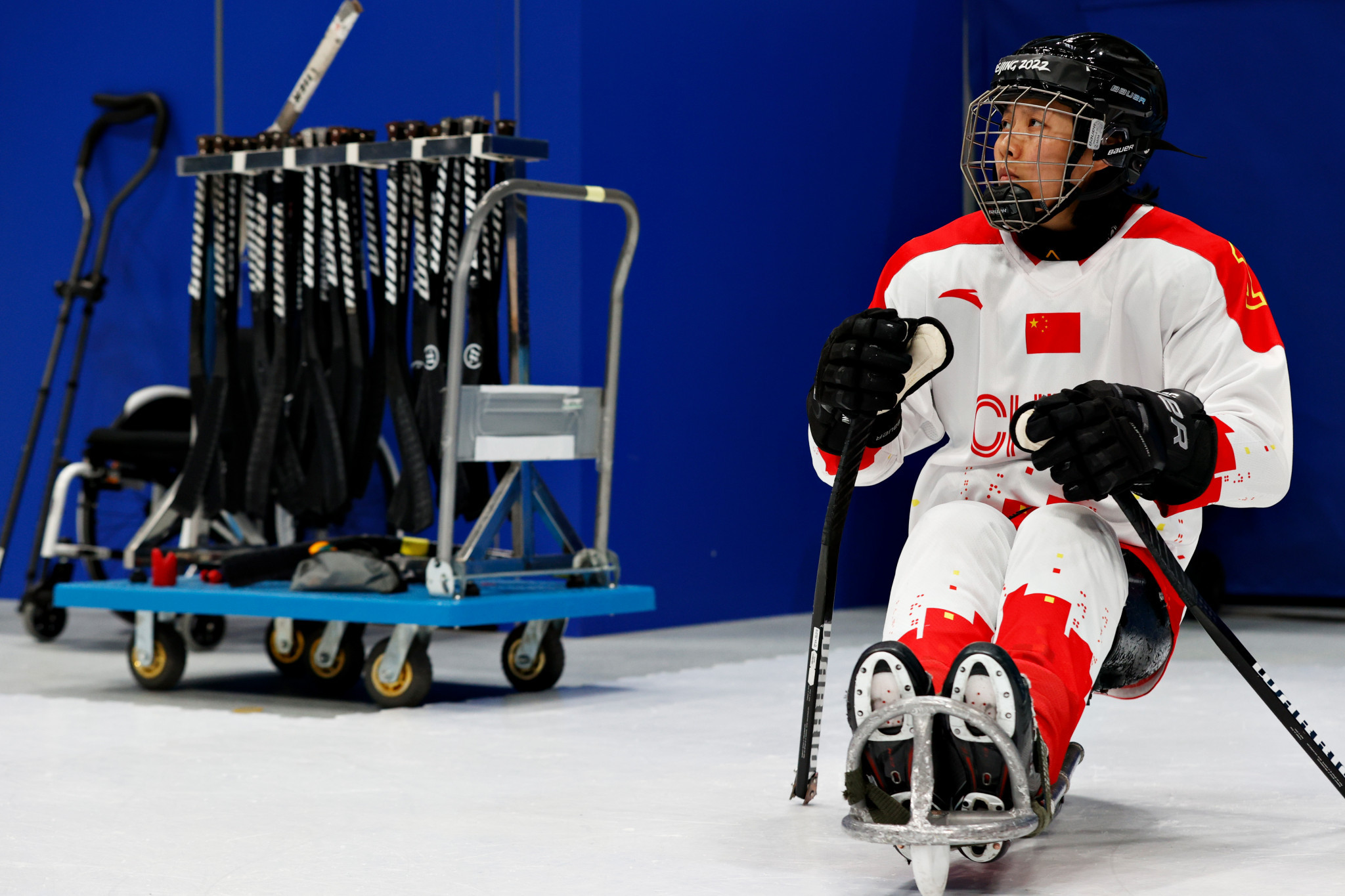 Yu Jing is the only female ice hockey player at the Beijing 2022 Winter Paralympic Games and is determined to be a role model and inspire more women and girls to take up the sport.

The forward has played a role in the Chinese team that has lit up the National Indoor Stadium, winning their first three games by a combined score of 18-2 against Slovakia, the Czech Republic and Italy.

"I want to show that girls can compete.

"It is not impossible, it’s possible."

The 38-year-old joined Norwegians Britt Mjaasund Øyen and Lena Schroeder as the only women to have competed in ice hockey at the Paralympics.

Øyen and Schroeder appeared at the Lillehammer 1994 and Pyeongchang 2018 Games, respectively.

"Before I joined this team, I thought Para ice hockey was fierce, very difficult and that it would be hard for a woman to play.

"I felt a little bit afraid.

"But when I joined the team I found the guys were very nice and they taught me a lot of technical skills and they loved to talk with me."

Yu used to play wheelchair basketball but switched to ice hockey more than two years ago, before making her national debut at the World Para Ice Hockey Championship last year.

China are making their Paralympic ice hockey debut at Beijing 2022 and remain undefeated prior to today's quarter-final clash with the Czech Republic.

Veteran Italian defenceman Andrea Macri has backed them to "challenge for an important medal", despite the rookie status.

The two teams met in the group stage, with China finishing 5-2 winners.

"There will be no easy games," said China's captain Cui Yutao.

"Each game is critical because they can decide how far we will go in the tournament.

"We will cherish every moment on the ice in the next few days and do our best."