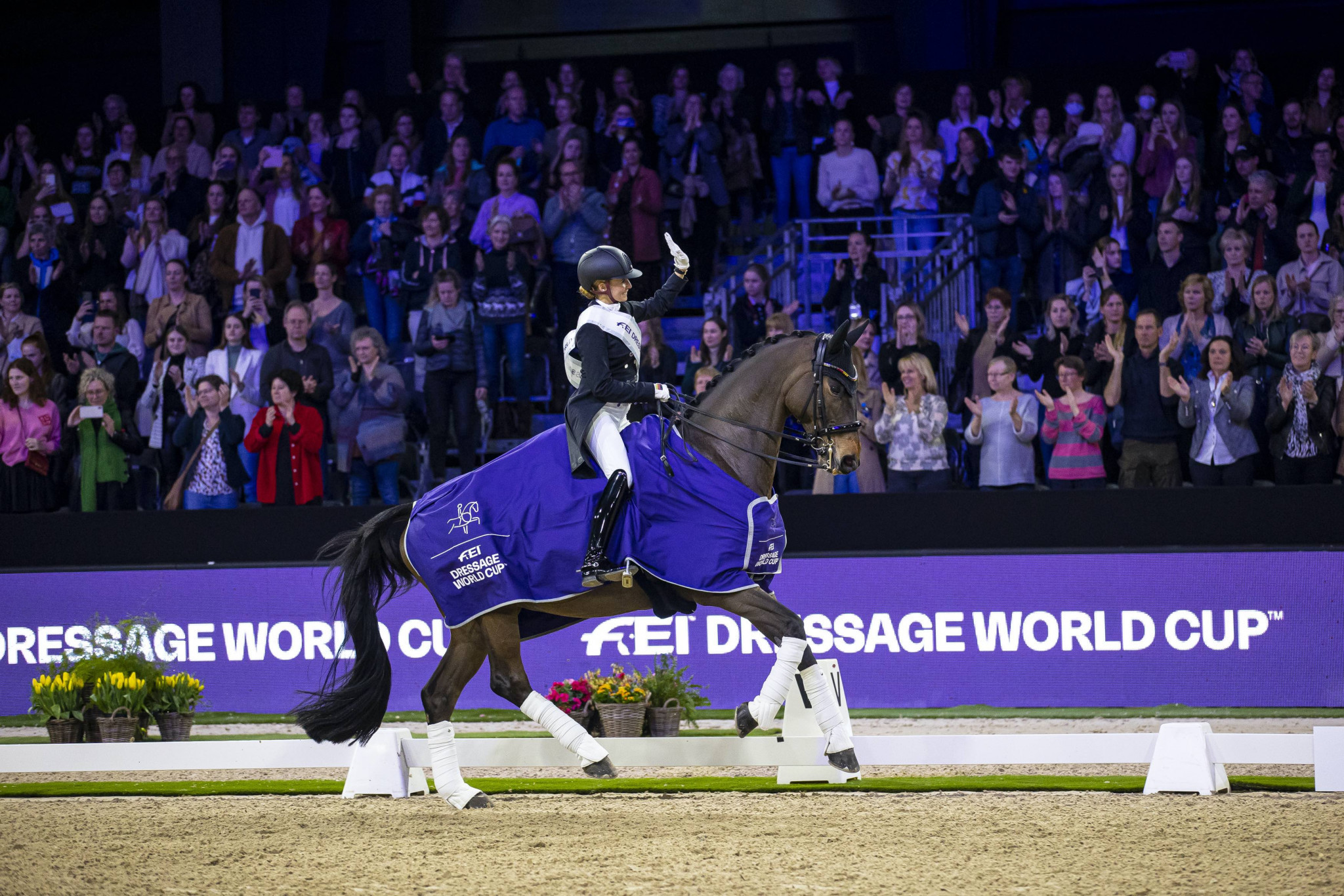 The duo managed to win a score of 90.555 per cent in the Grand Prix Freestyle by impressing the judges with a pleasant and harmonious performance.

"Technically I think it was the best Freestyle I’ve ever ridden, it felt so effortless and so smooth, there was not a single second when I was not 100 per cent sure that we were going to make it," she said.

Von Bredow-Werndl believes her approach to competition helps her success.

"I decided a few years ago I don’t care too much about the score because I can’t influence it," she said.

"The only thing I can influence is my riding and my performance and today Dalera was just incredible."

The emotions in her life do not stop here as the World Cup champion has recently announced that she is expecting her second baby to arrive this August.

The Swedish duo were leading the second place with a score of 82.500 per cent, but Werth and DSP Quantaz posted 84.870 defeating them on the spot.

Jessica von Bredow-Werndl is leaving 's-Hertogenbosch happy after another win in the FEI Dressage World Cup! 🥇

Von Bredow-Werndl is now leading the FEI Dressage World standings with 60 points, while Denmark's Cathrine Dufour is tied with German Frederic Wandres both in second with 52.

Von Bredow-Werndl will have the opportunity to clinch the overall title when the FEI Dressage World Cup Final is scheduled to take place in Leipzig from April 6 until 10.