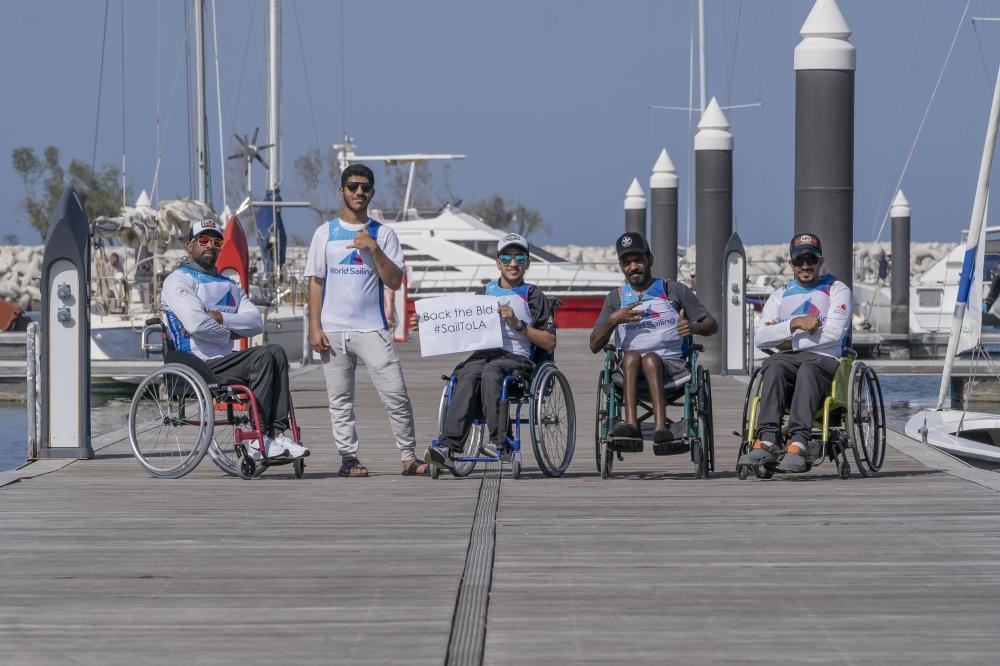 World Sailing chief executive David Graham has insisted regaining Para sailing’s place in the Paralympic Games is "priority number one" as the organisation prepares to submit its application for Los Angeles 2028 inclusion.

Para sailing was dropped from the Paralympic programme after Rio 2016 but Graham has stressed that World Sailing is "putting our money where our mouth is" to ensure the sport returns to the Games in six years’ time.

World Sailing has confirmed that it plans to table its readmission application to the International Paralympic Committee (IPC) on July 4.

"We were obviously distraught when we came out of the Paralympics and I am talking on behalf of the global sailing community," Graham told insidethegames.

"We have got a full-time team working on the bid.

"We are reading the guidelines from the IPC very carefully and our Para sailing committee are super active.

"It’s priority number one for us right now.

"We are going to be putting our money where our mouth is in terms of the things that the IPC wants to see as we feel our sport can offer that."

Para sailing featured at five successive Games from Sydney 2000 to Rio 2016 only to lose its place for Tokyo 2020.

? "We are hopeful that para sailing will be reinstated to the @Paralympics to give our athletes the chance to shine on the grandest stage of all.”

World Sailing failed in its bid to get the sport reinstated for Paris 2024 but is optimistic of a return to the Paralympic stage after launching its 'Back the Bid' #SailtoLA campaign.

The governing body is aiming to increase worldwide participation to 45 nations on six continents, increase the number of people under 30 to 20 per cent of total athletes and grow the amount of female participants to 30 per cent.

"We have been investing in the sport for quite a while now and participation was heading in the right direction," said Graham.

"COVID hit it very hard, but we are back on the road with that.

"We are in the middle of writing a five-year strategic plan and equality, diversity and inclusion is going to be front and centre, which naturally transitions into our Para movement.

"We have a few number one priorities and Para sailing is definitely one of them so we are putting a lot of time and energy into it."

World Sailing launched its 2022 Paralympic Development Programme (PDP) this month with its first event ever held in Oman.

Para sailors and coaches came together at the Mussanah Barceló resort, home of Oman Sail, for an extensive schedule on and off the water.

Sessions ranged from boat handling and racing skills, to rules and regatta management, with specific opportunities for coaches to develop their high performance Para sailing expertise.

PDP events are also due to be held in the United States in June and Singapore in July along with further stops in Italy and South Africa before the Para World Sailing Championships is scheduled to be held in Hiroshima in Japan in October.

World Sailing is also staging a "Paralympic fever in San Francisco" event during the SailGP season finale in the American city.

Graham has thanked Sir Russell Coutts, co-founder of the SailGP circuit, for giving World Sailing a platform to showcase its Paralympic bid for Los Angeles 2028.

American Para sailors Ryan Porteus and Jim Thweatt were expected to be present at today's media event along with World Sailing vice-president Marcus Spillane and Andrew Clouston, vice-presidnet for programmes and services at US Sailing.