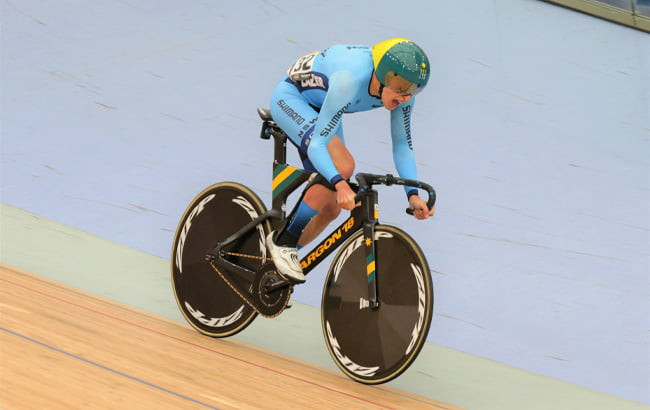 The 24-year-old bettered that at the Oceania Championships with 11.973.

"It was great to be able to back up after TrackNats and put in a fast ride after just going under the world record the week before.

"It was definitely a focus of mine to see if I could shave off some more time during Oceanias.

"We only get to do this event at Nationals and World Champs but it’s one I really like!

"Bit of a surprise I guess, you never know what you’ll do when you do a 200 - you have a target time but it was good to break the record.

"About a 0.3 (of a second) personal best for me, which is pretty good, so it was only just under the record but a record is a record - still counts!"

Allan has won a silver and bronze at the 2019 and 2020 UCI Para Cycling Track World Championships, respectively.

At the Tokyo 2020 Paralympics, he finished fifth in the men’s C1–3 time trial and ninth in the C1–5 mixed team sprint.