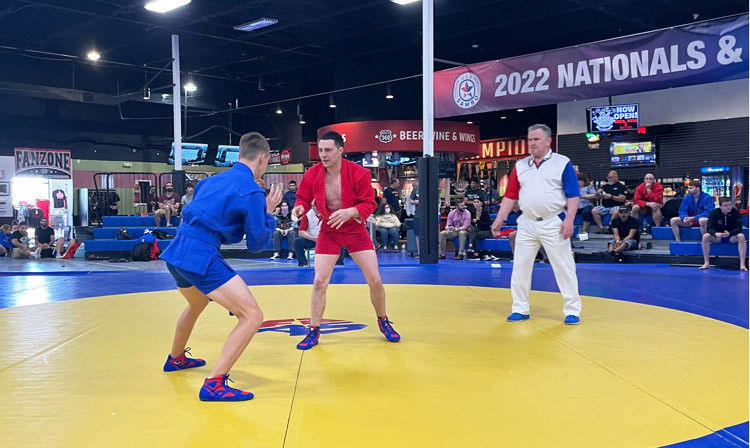 The Texan city of Arlington staged the US Open Sports and Combat Sambo Championships, with more than 100 sambists attending.

Athletes from Belarus, Colombia, Tajikistan, Uzbekistan and Venezuela participated in the competition, in addition to several competitors from the United States.

The International Sambo Federation (FIAS) has allowed Russians and Belarussians to compete under the FIAS banner, after stopping short of a complete ban following the invasion of Ukraine.

Medals were awarded to the winners of the tournament, and team cups were handed out in accordance with the club standings.

Wojciek Szuliński of New York, who competed in the under-88 kilograms division, received the prize for the best technique, a trophy which was named after former competitor Volf Sharkansky.

The famous Soviet Union sambist migrated to the United States where he established a combined judo-sambo club called "Olympic" in Brooklyn, and became a prominent coach.

"The tournament was dynamic and was remembered for a stubborn struggle in almost every bout," Mikhail Kozitsky, the first vice-president of the US Sambo Federation, said.

"I would like to express my gratitude to those who contributed to the championship taking place: the chief referee of the competition Mikhail Zhidelev, the chief secretary Roman Zinder, as well as the organiser and director of the tournament, Julian Sanchez."