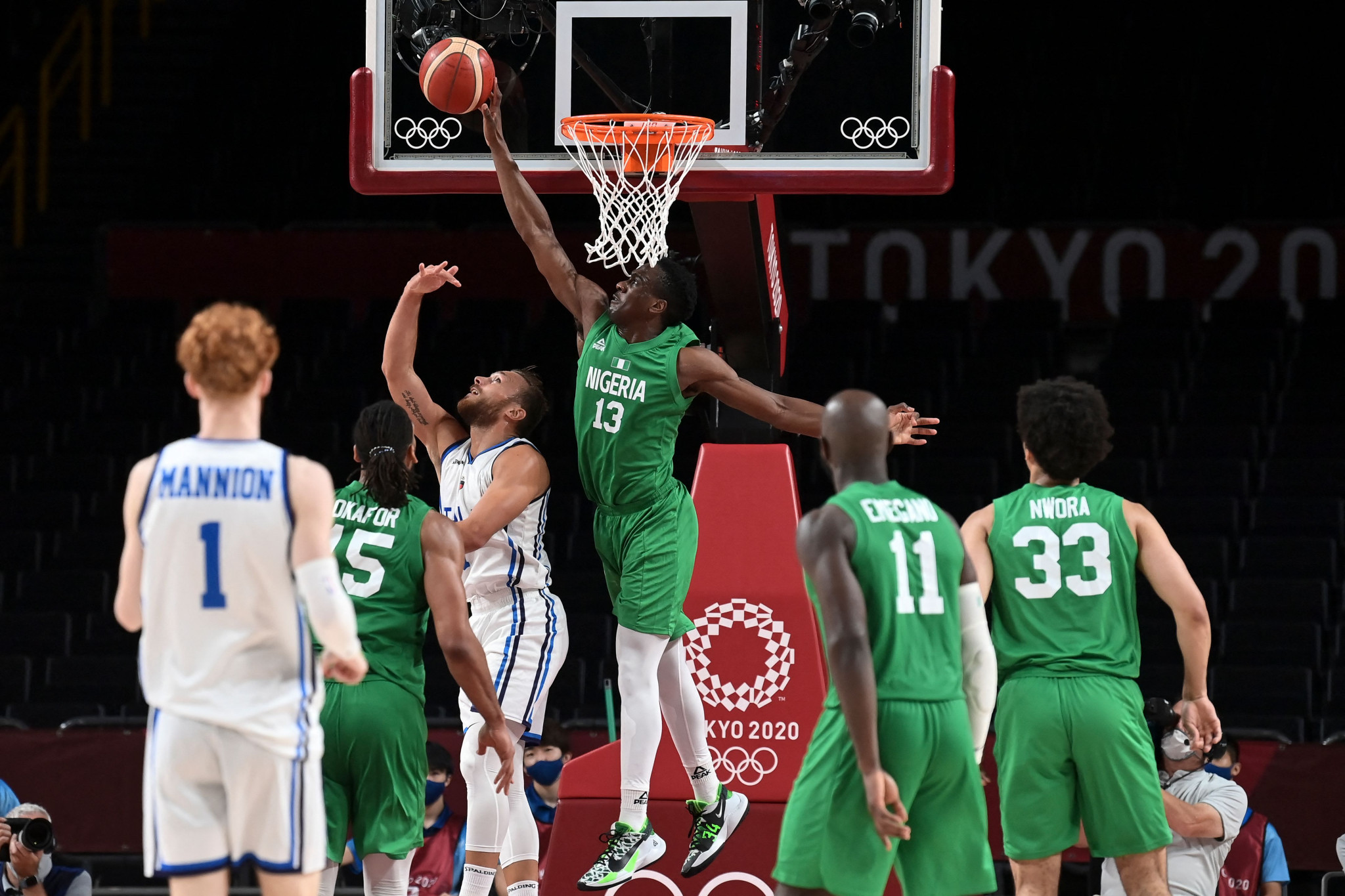 This could also rule Nigeria out of the next men's and women's AfroBasket tournaments and upcoming International Basketball Federation (FIBA) FIBA World Cups.

FIBA has warned the Nigerian Basketball Federation (NBBF) that the Government's actions would trigger sanctions.

The NBBF is facing a leadership dispute, with Musa Kida and Igoche Mark both claiming to be its President.

Kida was endorsed as President by FIBA in March.

However, earlier this month, Nigeria's Ministry of Youth and Sports announced that President Muhammadu Buhari had approved a two-year ban on the country competing in international competitions over the crisis.

It claimed that this was to enable the Government to focus on a revamp of the sport at grassroots level, with the NBBF to be dissolved and an Interim Management Committee established under the Ministry's plans.

Nigeria qualified for this year's FIBA Women's Basketball World Cup in Australia, and the team remain listed by FIBA among the 12 taking part.

The country is 22nd in FIBA's men's world rankings and 14th in the women's rankings, and qualified for both tournaments at the Tokyo 2020 Olympics.

However, the ban would prevent Nigeria from taking part in qualifying for Paris 2024.

The Kida-led faction of the NBBF wrote to FIBA, and received a reply from head of legal affairs Jaime Lamboy which called for clarity and warned of potential sanctions if the withdrawal goes ahead.

"As you are aware, any withdrawal of Nigeria from the above-mentioned competitions will trigger potential disciplinary sanctions as per the FIBA Internal Regulations," FIBA's letter read.

"Furthermore, if the absence of Nigeria from international competitions for the next two years materialises, the consequences may spread out well past such a two-year period.

"Similarly, depending on third-party results, the same situation could apply with respect to FIBA AfroBasket 2025.

"Accordingly, we request from the NBBF to immediately inform FIBA whether its participation in the above-mentioned competitions is or not ratified.

"We take the opportunity to remind the NBBF of its obligations to manage its affairs with no influence from third parties, as per Article 9.6 of FIBA General Statutes."

FIBA Africa President Anibal Manave also warned of the damage to Nigerian basketball that a ban could cause, and said he was "very concerned about what is happening".

"This is not going to help Nigeria," he said, as reported by Premium Times.

"It could be three or four years."

Kida blamed the Nigeria Olympic Committee and International Olympic Committee for Nigeria's disappointing group-stage exits at Tokyo 2020, claiming that only being allowed three technical officials rather than eight or nine hampered the teams' progress.