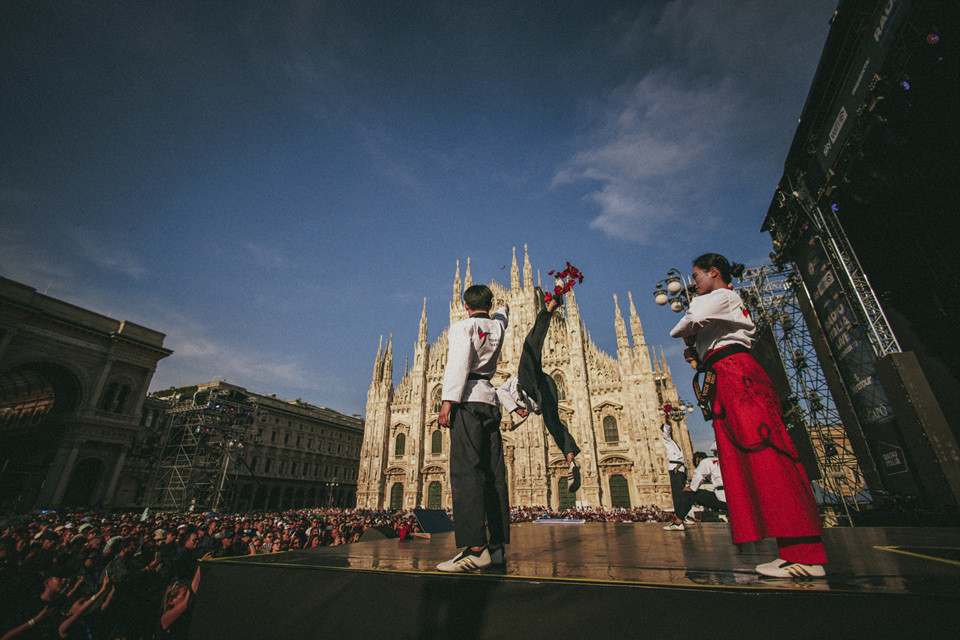 World Taekwondo's demonstration team has embarked on a seven-city tour of Italy.

The 20-member team first performed in front of 40,000 people at the famous Duomo Square in Milan.

Their 10-minute display at a Radio Italy event was greeted "enthusiastically" by the crowd next to the city's cathedral.

After Milan, the team performed at Le Zattere Square in Venice, on a special stage.

They will now conclude their tour in Alberobello, Monte di Procida, Orosei, Alghero and Rome.

In Rome, they will perform at the famous Piazza di Spagna - the Spanish Steps - on June 2.

Their appearance will coincide with the World Taekwondo Grand Prix due to be held in the Italian capital over the following three days, where the team will also entertain the crowds at the Foro Italico Arena.

The team has become known around the world after appearing on the "Got Talent" series of television shows.

They reached the final of America's Got Talent and also appeared on the Italian and French versions of the series.