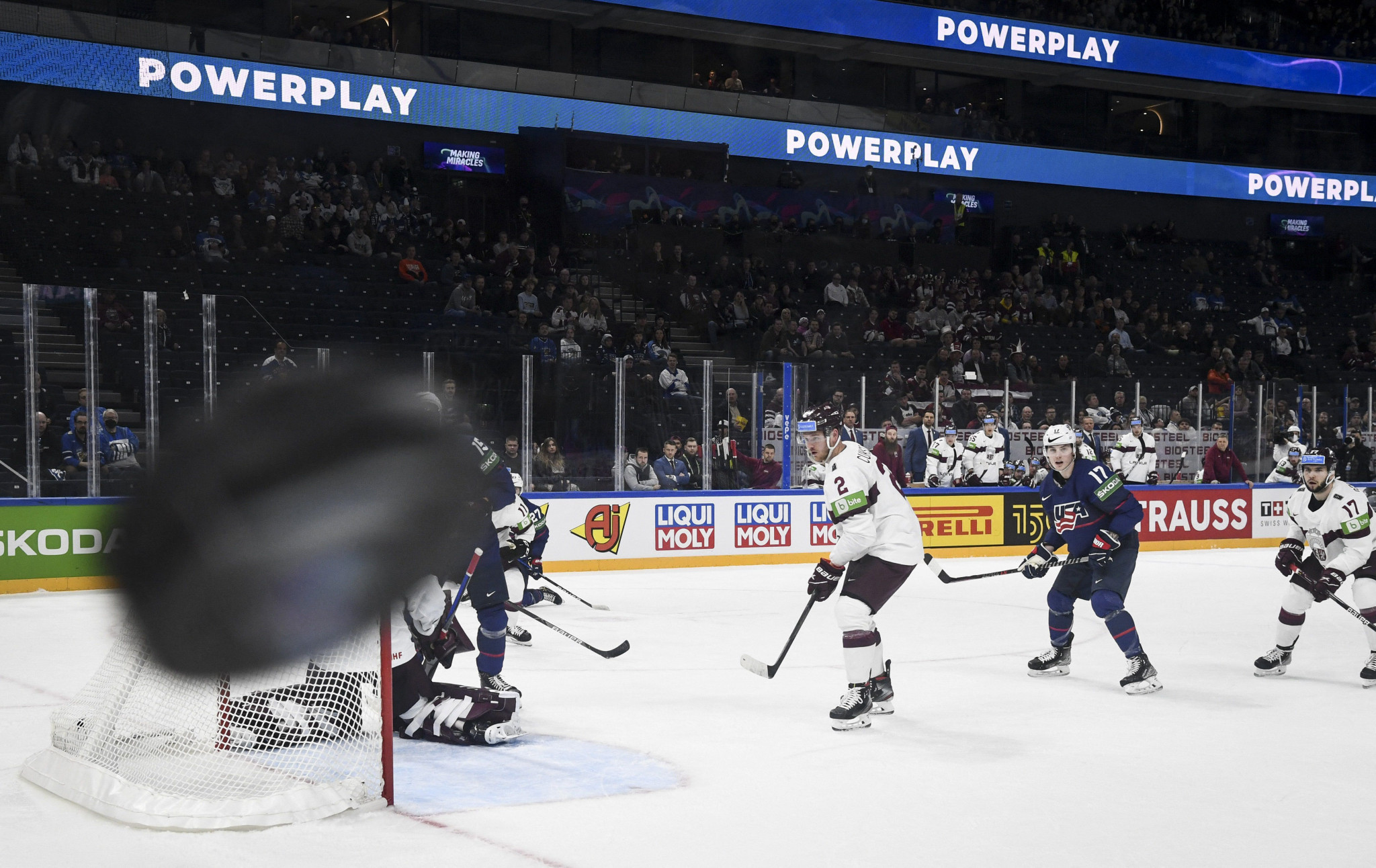 Finnish and Latvian officials have provided further details of their proposal to stage the 2023 International Ice Hockey Federation (IIHF) men's World Championships in place of Saint Petersburg on the first day of the Annual Congress, prior to the joint bid being rubber-stamped as hosts.

The Russian city was stripped of hosting rights for the Championship last month due to the invasion of Ukraine, with the International Olympic Committee having recommended that all sporting events are moved from Russia and Belarus on top of a ban on competing in international competitions for athletes and officials from both countries.

Finland is staging the current 2022 men's World Championship in Helsinki and Tampere, which is due to conclude on Sunday (May 29).

The first day of the IIHF Annual Congress was held at the Tampere Hall Convention Centre.

Russia's official state news agency TASS reported that representatives of the country, including IIHF Council member Pavel Bure, were not in attendance with both it and Belarus banned from the World Championship.

IIHF President Luc Tardif provided further details on the decision to strip Saint Petersburg of the next edition of the men's World Championship, reiterating that the decision was taken in the interests of "safety" of participants.

He highlighted the challenge of finding another organiser with just one year's notice, and revealed that "informal" discussions were held with 2024 hosts Czech Republic and Switzerland.

Switzerland is due to be allocated the 2026 IIHF World Championship at the Congress following Kazakhstan's withdrawal.

However, Finland proved best placed to organise the event for a second consecutive year, with its proposal for 2023 involving matches being staged jointly with Latvia, which held the 2021 World Championship with restrictions on fan attendance due to the COVID-19 pandemic.

The 2023 IIHF World Championship Organising Committee chair Harri Nummela, Latvian Hockey Federation President Aigars Kalvītis and IIHF Council members Heiki Hietanens and Viesturs Koziols presented their plans to the Congress, with the Nokia Arena in Tampere serving as the main venue and the Arena Riga in Latvia's capital as the secondary venue.

The Nokia Arena opened in December last year in time for this year's IIHF World Championship.

Tampere and Riga are set to be connected by charter flights during the Championship.

A joint proposal from Hungary and Slovenia had initially been set to rival Finland and Latvia for next year's tournament.

Further details on the development of this bid were provided to the Congress by IIHF legal director Ashley Ehlert.

The Hungary-Slovenia bid was initially withdrawn due to a lack of support from the Hungarian Government led by Prime Minister Viktor Orbán.

Organisers then asked to reverse their decision, but the IIHF ruled that it could not be re-submitted as the deadline for applications had already passed.

A request to show their presentation to the Congress despite no longer being in contention was accepted, with this due to be shown tomorrow.

Finland and Latvia are also expected to be approved by the Congress as hosts of the 2023 IIHF World Championship tomorrow, when the meeting is due to conclude.