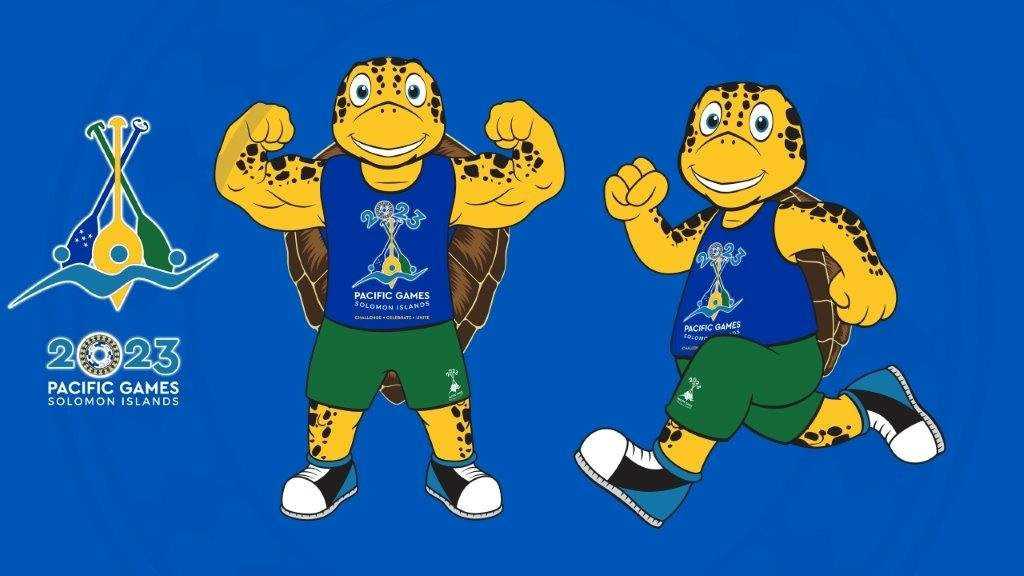 Organisers of the 2023 Pacific Games have launched a competition to name the event's mascot.

Children in primary or secondary school in the Solomon Islands may enter the contest, which closes on June 13.

A sea turtle mascot was unveiled by the Organising Committee last month.

The choice of a turtle is claimed to provide a fitting representation of the Solomon Islands, and local children and now being asked to name it.

Brain Feni was the winning designer, with his vision digitalised and now set to be front and centre in the lead-up to the Solomon Islands’ first time staging the Pacific Games.

Sea turtles are endemic to the country, including hawksbills, which are critically endangered.

The mascot design also incorporates the four national Solomon Islands’ colours - green, blue, yellow and white - and has been heralded as creative and functional.

Honiara, capital of the Solomon Islands, is due to stage the Pacific Games between November 19 and December 2 in 2023, following a four-month delay blamed on COVID-19.

A programme of 23 sports, including three rugby codes, is set to be contested.

China has provided significant support for the 2023 Pacific Games, following the host nation’s 2019 decision to sever ties with Taiwan and instead recognise China.

China and the Solomon Islands also signed a bilateral security cooperation agreement in recent months which raised alarm in Australia and the United States, as well as other nations in the Indo-Pacific region.

The agreement could allow the Solomon Islands to request China send police and military personnel if required, leaked documents show, while China could deploy forces to protect "Chinese personnel and major projects".

The decision to recognise China rather than Taiwan has been cited as one of the primary causes of major civil unrest in the Solomon Islands last November, when at least three civilians were killed, more than 100 people were arrested and peacekeeping forces were dispatched from Papua New Guinea, Fiji, Australia and New Zealand.