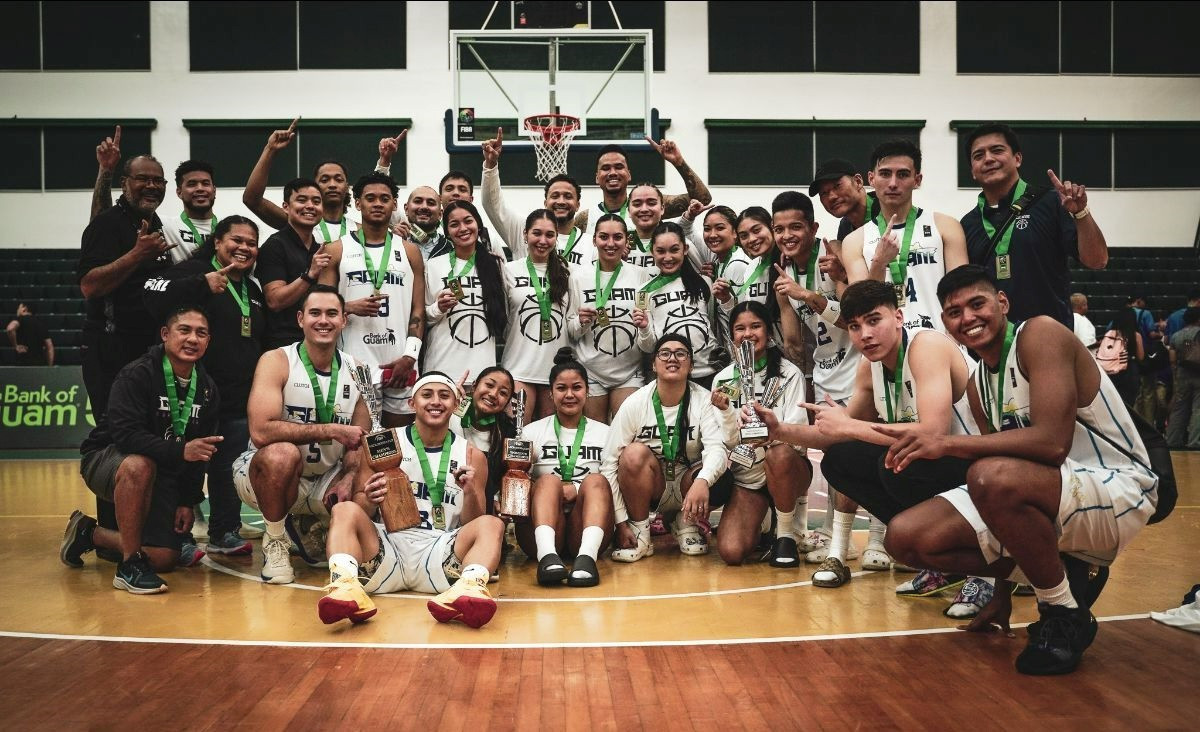 Playing in front of a vocal home crowd, Guam's men proved too strong as they stormed to victory, thumping Palau 93-45 in the final.

It was one way traffic from the defending Pacific Games champions as they overpowered Palau to cap off an unbeaten tournament with the title.

Shooting guard Reo Aiken was the star of the show for Guam as he registered a game-high 13 points and was among five players to notch scoring doubles.

"It was a great game tonight," said Aiken.

"We struggled a bit in the third quarter yesterday so it meant a lot to bounce back and get it done today.

"We have a great group of guys and we all came together really well.

"We have great team chemistry.

"My team-mates deserve all the credit.

"They set good screens, get the ball into my hands and all I had to do was knock them down."

The bronze medal match was a closer affair with the Northern Mariana Islands overcoming the Federated States of Micronesia 82-78 to seal the final place on the podium.

Northern Mariana Islands captain Coby Santos led his team to victory, finishing the game with a double-double courtesy of 17 points and 15 rebounds.

In the women's competition, Guam took care of business, defeating the Northern Mariana Islands 70-37 in the final.

Guam centre Mia San Nicolas came away with another double-double thanks to 20 points and 13 rebounds as she finished the tournament in similar fashion to the way she started.

"It was a really competitive game," said Nicolas.

"Everyone worked hard, did their jobs and we did what we need to do be successful and win the gold medal."

Earlier in the day, Palau saw off the Federated States of Micronesia 79-35 to clinch bronze.

The first-ever Micronesian Cup featured teams from across Micronesia, with 16 men's and women's matches played across four days in Mangilao in Guam.

Guam are the reigning men's and women's basketball champions at the Micronesian Games, as well as the men's gold medal winners at the last Pacific Games.