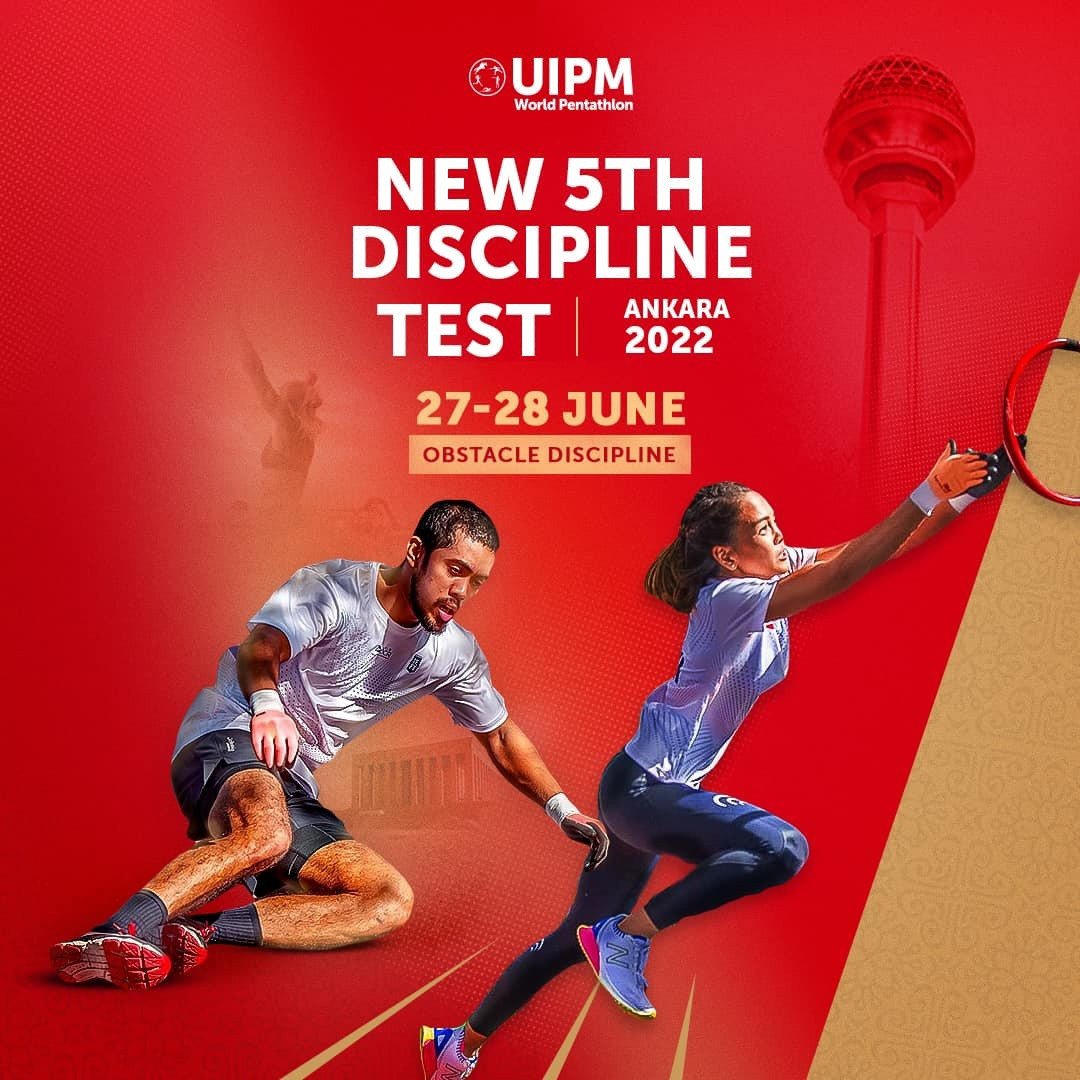 A total of 72 athletes are due to compete in Ankara for the final stage of the Pentathlon World Cup season from tomorrow until Sunday (June 26).

Riding is set to feature in both the men’s and women’s semi-finals and final before obstacle racing takes centre stage over two days of testing.

A letter has been sent out by the UIPM inviting athletes to take part in the first official test event for the new fifth discipline from June 27 to 28, with the worldwide governing body urging them to "help shape the future of this discipline and make modern pentathlon as challenging, dynamic and exciting as it can be".

During the first day of testing, athletes, coaches and observers will be given the chance to learn how to overcome the obstacles through a practical explanation from "leading experts", according to the UIPM.

This is scheduled to be followed by an afternoon of free training before the second day of testing sees qualification rounds and finals take place.

Adding obstacle discipline has been described by the UIPM as the "biggest shake-up of the Olympic sport in its 110-year history".

If approved at this year's UIPM Congress, it would replace riding after the Paris 2024 Olympics as the sport bids to keep its spot for Los Angeles 2028.

Riding was dropped from modern pentathlon after controversy at the Tokyo 2020 Olympics last year, when German coach Kim Raisner was sent home in disgrace for punching a horse during the women's competition.

The UIPM's Fifth Discipline Working Group eventually settled on obstacle as its replacement, and claimed it followed 13 established criteria before reaching its decision from more than 60 possible sports.

But its work has been heavily criticised, particularly by the Pentathlon United group, which has hit out at riding's removal while alleging a lack of transparency in the process to replace it.

More than 93 per cent of respondents to a Pentathlon United survey are reportedly "unhappy with the direction the sport is going in".

World number one and Olympic champion Joe Choong is among the critics and revealed that he considered withdrawing from the men’s competition at the last World Cup leg in Ankara earlier this month after Pentathlon GB expressed its support of the UIPM.

The British star has been named in a stellar line-up for the season finale in the Turkish capital where he is set to face world number two Jun Woong-tae of South Korea.

Other contenders include 2021 world champion Adam Marosi of Hungary and his young team-mate Csaba Bohm who is world number three.

She will face opposition from the likes of top-ranked Michelle Gulyas of Hungary, Elena Micheli of Italy, Ieva Serapinaite of Lithuania and Jessica Varley of Britain.

UIPM President Klaus Schormann said: "I would like to welcome all participants and guests to the UIPM 2022 Pentathlon World Cup Final, which promises to be a thrilling highlight of the first season of the Paris 2024 Olympic Games cycle.

"We are back in Ankara after a round of the Pentathlon World Cup that was already perfectly organised, and I am grateful to the organising committee for taking such a big responsibility of hosting two major modern pentathlon competitions in one month here in the capital of Turkey."

Competition is due to start tomorrow with the fencing ranking round.