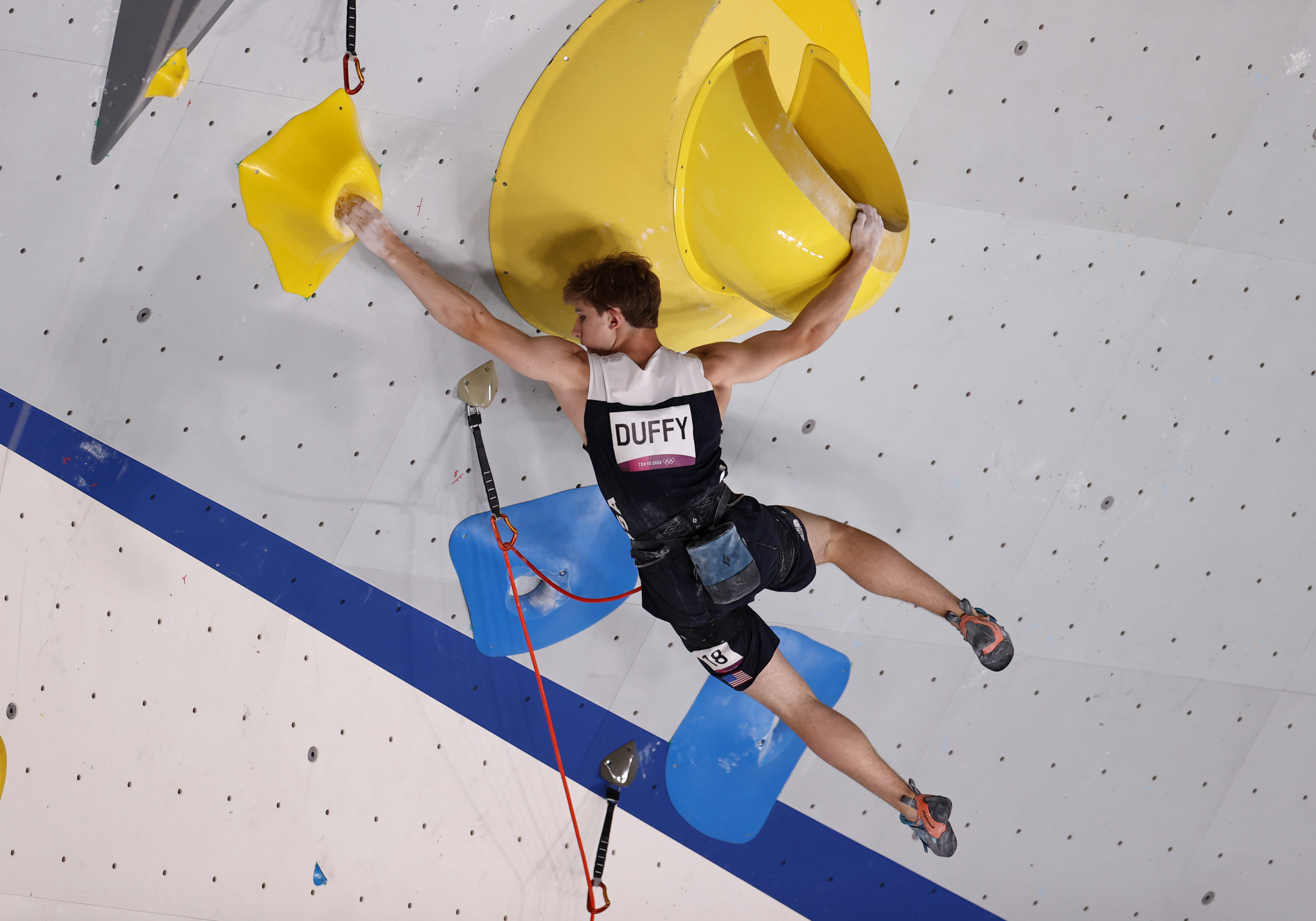 Colin Duffy became the first male climber to win golds in both the boulder and lead disciplines at the same International Federation of Sport Climbing (IFSC) World Cup, when he triumphed in the lead event in Innsbruck, Austria.

Duffy scored 38+ in the lead final, enough to take victory three days after his maiden win on the IFSC World Cup circuit when he triumphed in the boulder discipline at the same venue.

Grupper of the US completed the course a minute slower than Yurikusa, both first time World Cup medallists with Yurikusa winning silver due to his faster time.

Luka Potocar of Slovenia, who finished the final with 37 points, ended in fourth place.

The women’s lead final was won by Slovenia’s Janja Garnbret, with the Tokyo 2020 Olympics combined gold medallist victorious with a score of 39+, the 33rd World Cup gold medal of her career, and the 19th in the lead discipline.

Reigning lead world champion Seo Chaehyun of South Korea claimed silver with a score of 27, with their times completing the course separating the climbers from second to fourth.

The bronze medal went to Brooke Raboutou of the US with 27+, 11 seconds slower than Chaehyun, with fourth place going to Laura Rogora of Italy with 27+, and five seconds behind Raboutou.

The next round of the IFSC World Cup circuit is due to be held in Villars, Switzerland, with competition set to take place in the lead and speed events between June 30 and July 2.