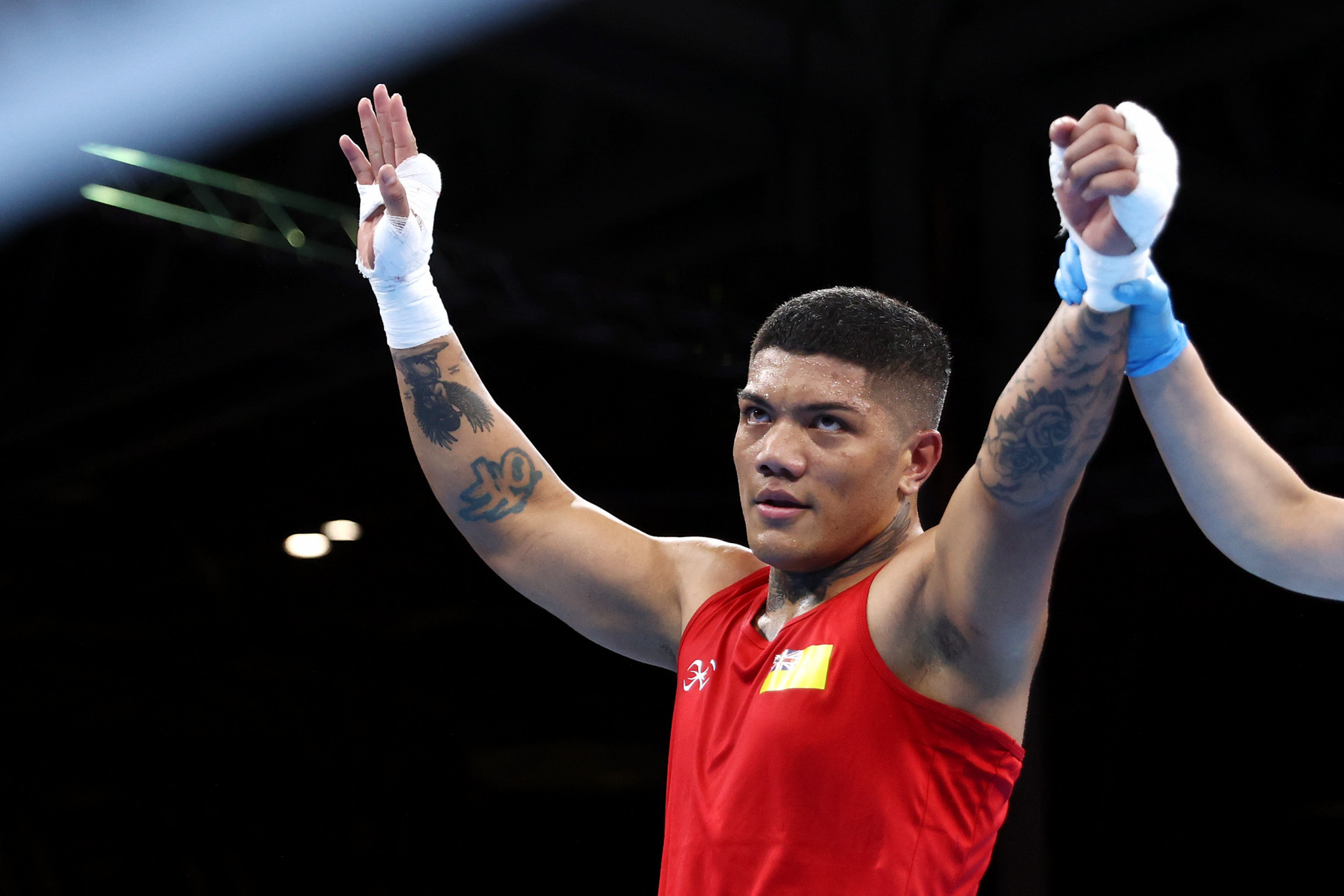 Niue have been guaranteed a first medal in their history at the Commonwealth Games with Duken Holo Tutakitoa-Williams progressing to the semi-finals today in boxing at the NEC Arena here at Birmingham 2022.

In an all-Pacific bout against Cook Islands' Michael David Susuga Schuster, history was bound to be made regardless.

Neither nation had won a Games medal in boxing, but Cook Islands had taken a bronze in lawn bowls to break their medal duck at Gold Coast 2018.

Tutakitoa-Williams forced a referee's stoppage as the official deemed Schuster to be defenceless.

Zambia are also set to win their first medals at the Games since Glasgow 2014 after Patrick Chinyemba's knockout win.

Chinyemba had his arm raised early after knocking out Australian Alex Winwood in the opening bout of the day.

Later in the session, Stephen Zimba won unanimously against Owen Isaac Kibira of Uganda in the men's under-67kg.

At Glasgow 2014, Zambia claimed two bronze medals, with Boas Munyonga in judo and one for Benny Muziyo in boxing.

A victory over Amit of India in the men's under-51 kilogram semi-final would ensure the nation's best result at the Games since Manchester 2002.

Amit ended the hopes of Lennon Mulligan from Scotland with a unanimous victory.

His compatriot Jaismine Jaismine won by a 4-1 split decision over Troy Garton of New Zealand in the women's under-60kg, while Sagar Sagar defeated Keddy Evans Agnes of Seychelles in the men's over-92kg quarter-finals.

In the evening session, Rohit Tokas won unanimously against Xavier Mata'afa-Ikinofo of Niue in the men's under-67kg.

Tokas is to face Zimba in the next round too.

But it was a day to remember for Northern Ireland who secured four more spots in the semi-finals, for a total of seven.

World champion Amy Broadhurst was the last of these to be confirmed, winning by referee's stoppage in the women's under-60kg against Zambian Felistus Nkandu.

In the earlier session, her team-mate Michaela Walsh won unanimously in the women's under-57kg against Keamogetse Sadie Kenosi of Botswana.

It was a mixed day of results for England with a defeat also for Sameenah Toussaint against Australian Tina Rahimi in the women's under-57kg.

There were wins for the hosts though, with Gemma Paige Richardson beating Jade Burden of Isle of Man in the women's under-60kg and Lewis Williams beating Papua New Guinea boxer Arthur Lavalou by referee's stoppage in the under-92kg.

In the late match, Delicious Orie defeated Nigel Paul of Trinidad and Tobago, the world bronze medallist, by unanimous decision in the men's over-92kg.

It means the poster boy for boxing at the Games remains in with a chance of winning the gold.

Dodd's win in the late session was bolstered by his compatriot Owain Harris-Allan winning unanimously against Jamie Chang of Papua New Guinea at the under-54kg weight.