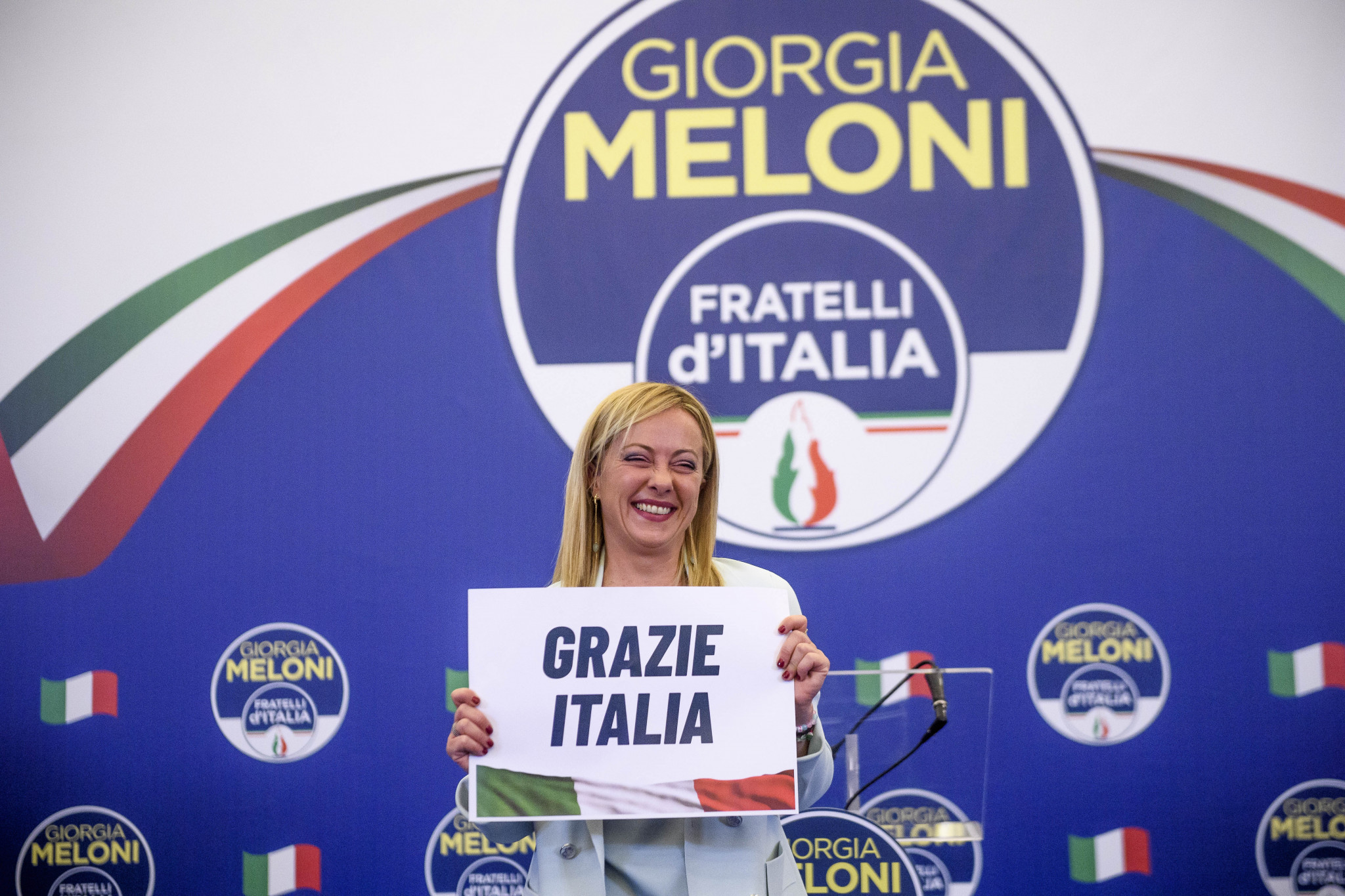 Italy, host of the next Winter Olympic and Paralympic Games, is set for a far-right Government with Giorgia Meloni poised to become the country's first female Prime Minister.

Meloni's Brothers of Italy party leads the exit polls with approximately 26 per cent of the vote.

Brothers of Italy is expected to enter into a coalition with the League and Forza Italia parties, which would give the right-leading alliance control of both the Senate and the Chamber of Deputies.

The Democratic Party, Italy's biggest centre-left force, has admitted defeat and said it will form the opposition.

If Meloni becomes Prime Minister as anticipated, she will be expected to play a prominent role in the build-up to Milan Cortina 2026.

Another general election will not be required until after the Winter Games.

One of the new Government's first actions concerning the Olympics and Paralympics is due to be approving sweeping reforms to the Organising Committee, including the appointment of a new chief executive.

Andrea Abodi, the President of national Italian bank Institute for Sports Credit, has emerged as the new favourite to replace Vincenzo Novari this month.

Milan Cortina 2026 President Giovanni Malagò had expressed confidence that the collapse of Italy's previous Government would not cause delays to preparations for the event.

Officials from local and regional authorities had in June asked for an urgent meeting with then-Prime Minister Mario Draghi to discuss financial concerns surrounding the Olympics and Paralympics.

A lack of sponsors was chief among their concerns, while there continue to be objections raised about the Organising Committee's plan to renovate the Eugenio Monti sliding venue in Cortina d'Ampezzo, which has been in a state of disrepair for years.

It was used at the 1956 Winter Olympics.

Since the local leaders' letter was sent, Milan Cortina 2026 has signed up sponsors Deloitte, Randstad and Esselunga.

Meloni is set to be Italy's third Prime Minister since Milan and Cortina d'Ampezzo won the right to stage the Winter Olympics in 2019.

Meloni is being widely regarded as Italy's most right-wing leader since Benito Mussolini.

Cortina d'Ampezzo had been due to stage the Winter Olympics under Mussolini's watch in 1944, but because of the outbreak of the Second World War never did so.

Turin was the last Italian host of the Winter Olympics, in 2006.