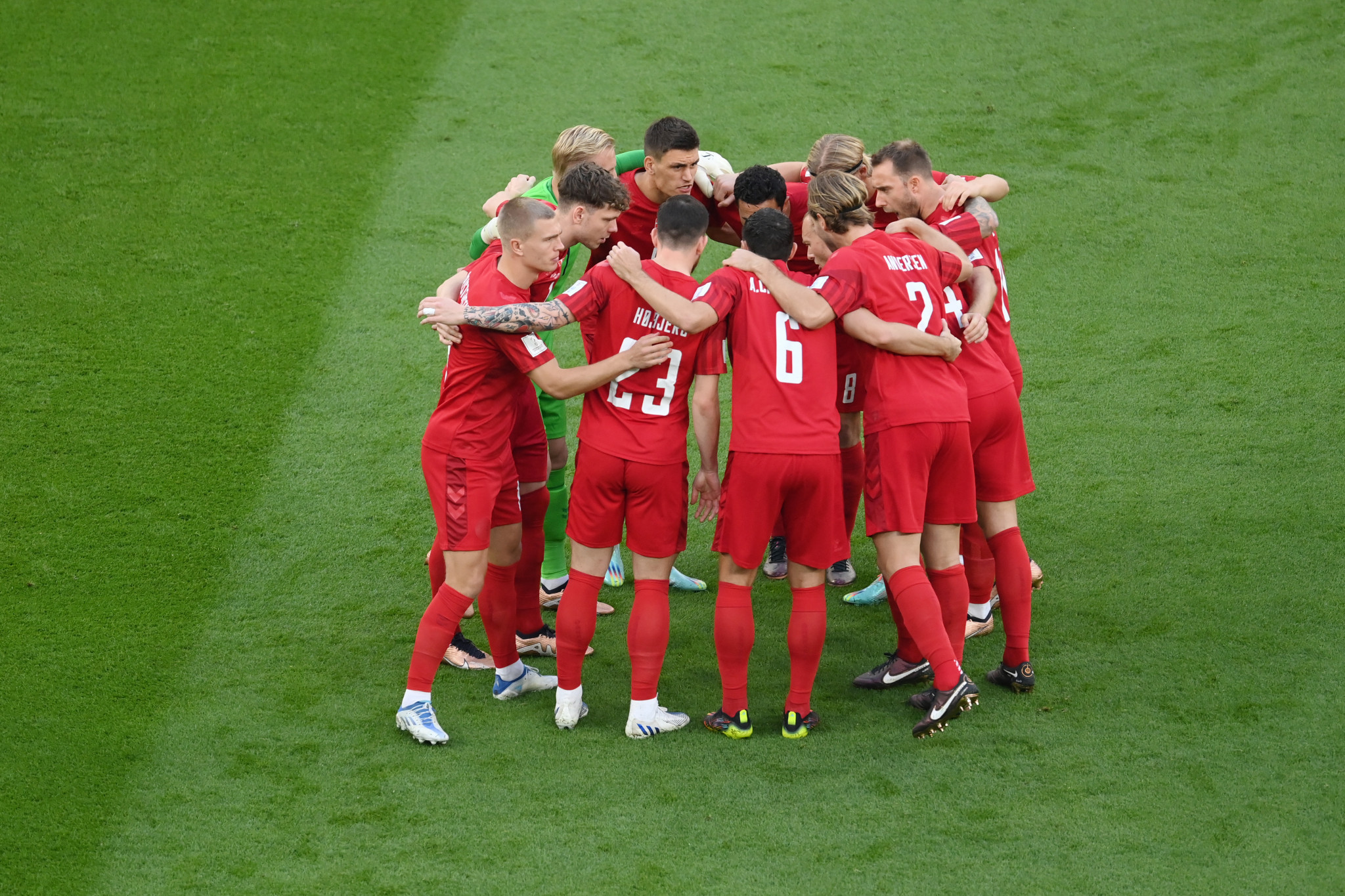 The Danish Football Association (DBU) has criticised the reign of FIFA President Gianni Infantino and stated the nation will not vote for his re-election, despite the incumbent being the only candidate shortlisted to stand at next year's FIFA Congress in Rwanda.

DBU football director Peter Møller, chairman Jesper Møller and managing director Jakob Jensen called a press conference in Doha, where they labelled the ban on the "OneLove" armband and restrictions on the use of rainbow imagery in Qatar as "unacceptable".

The rainbow is synonymous with the LGBTQ+ community.

Denmark and six other European nations were planning to wear the OneLove captain's armband as a show of solidarity with LGBTQ+ people, noting the lack of rights they have in the host nation.

However, FIFA threatened on-field sanctions if any of the captains wore the armband.

DBU chairman Møller said that as a result he could not support the re-election of Infantino, who was first made FIFA President in 2016, replacing the disgraced Sepp Blatter.

"As a representative of DBU I have been present at five World Cups with Danish participation since 1998," said Møller.

"What we have seen during these last months, weeks and days is completely unacceptable and deeply reprehensible.

"I have voiced our concerns, and it is clear we cannot support the re-election of the current President."

The Norwegian Football Federation (NFF) has issued a similar vote of no confidence in Infantino, but said it was difficult to push another candidate due to the incumbent's support worldwide.

Candidates for FIFA President must be nominated by national governing bodies, but earlier this month it was confirmed nobody apart from Infantino had the requisite backing to appear on the ballot.

"They [another candidate] must have support for those who were supposed to run, but there are 207 nations that support Infantino out of 211," said Lise Klaveness, President of the NFF, to Norwegian broadcaster NRK.

"The last few weeks have been an abused opportunity to show that FIFA and Infantino base their leadership on universal human rights, and rather reduced all justified criticism around this championship to a banal Western double standard.

"It is a development that has happened over time.

"From a very good start [to Infantino's tenure] where he initiated a number of good reforms, to slowly but surely moving away from them again."

The Danes have said they will leave the DFB to explore legal options relating to the OneLove armband.

DBU managing director Jensen further outlined that FIFA had made it clear a fine would be levied for use of the OneLove armbands, on top of FIFA threatening yellow cards would be given to players and sanctions as severe as a suspension could also follow.

"Although FIFA has prohibited our initiative to practice in shirts with the 'Human Rights for All' message and to play with the OneLove captain's armband, our values remain the same and our work continues," added Jensen.

"We will continue to work hard to ensure universally approved and basic human rights for both the free press and for spectators, who have been denied entry into stadiums only because they have been wearing rainbows.

"This is completely unacceptable, and we will continue to work closely with the seven other nations in a UEFA Working Group on this important subject."

The UEFA Working Group on Human and Labour Rights is made up of 10 nations, of which eight are at the World Cup.

Denmark are joined at the World Cup by England, Wales, Belgium, The Netherlands, Germany, Switzerland and Portugal.

The other two members are Sweden and Norway.

Denmark made a protest against the lack of basic human rights in Qatar via their kits, released by manufacturer Hummel.

The badges and chevrons of the Danish shirts are faded into the colour of each shirt, while the third-choice kit is in black to commemorate the dead workers.