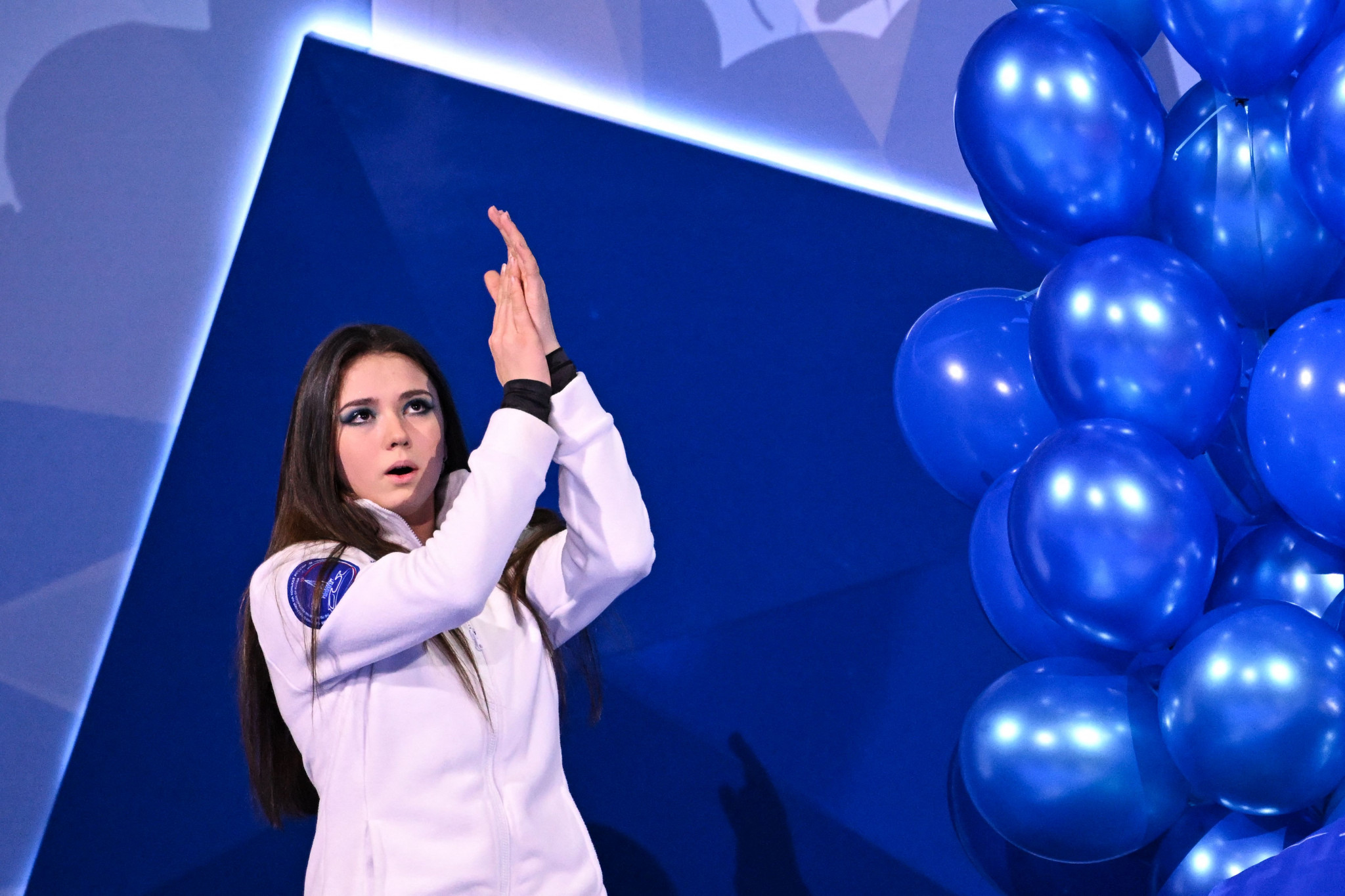 Kamila Valieva has expressed her delight at a controversial decision by the Russian Anti-Doping Agency (RUSADA) to only disqualify her on the day she tested positive for a banned drug, which would mean she could keep her Olympic gold medal if the decision is allowed to stand.

It was revealed earlier this month that a RUSADA Disciplinary Committee had ruled that Valieva committed an anti-doping rule violation after testing positive for trimetazidine but was not to blame for it.

Instead of imposing a four-year suspension, which the World Anti-Doping Agency (WADA) had called for, her only punishment should be too be disqualified and stripped of the title she had won at the Russian Championships in Saint Petersburg on December 25 - the day she returned the positive sample.

"Of course, I'm satisfied," Valieva told Russia’s official state news agency TASS at the First Channel Cup in Moscow, where she was competing.

"The Russian Championship is every year."

RUSADA are currently debating whether to appeal the decision of its own Disciplinary Committee, while WADA, supported by the International Olympic Committee and International Skating Union (ISU), are almost certain too.

Valieva, who was only 15 at the time she tested positive, was the star of the Russian Olympic Committee team that won the team gold medals at Beijing 2022, ahead of the United States and Japan.

But, after insidethegames exclusively revealed that Valieva had tested positive for a banned substance, the medal ceremony was cancelled, and the medals have not been awarded.

Valieva has continued to compete and last month returned to the Russian Championships, where she finished second behind Sofia Akateva, winner of the title on her debut at 15.

Russia’s current suspension from international sport following the country’s invasion of Ukraine last February means that Valieva will miss the opportunity to defend her ISU European Championships title, which she won in Tallinn last year.

She finished first in the short programme in Estonia’s capital with a clean skate and extended her world record score by over three points to become the first woman to break the 90-point barrier.

In the free skate, Valieva fell on her triple Axel attempt for the second time in competition but skated the rest of her programme cleanly to narrowly win the segment over team-mates Anna Shcherbakova and Alexandra Trusova.

At this year’s European Championships, due to start in Finnish city Espoo in Finland on Wednesday (January 25), there will be a non-Russian winner of the women’s singles for the first time since Zagreb in 2013 when Italy’s Carolina Kostner took the gold medal.