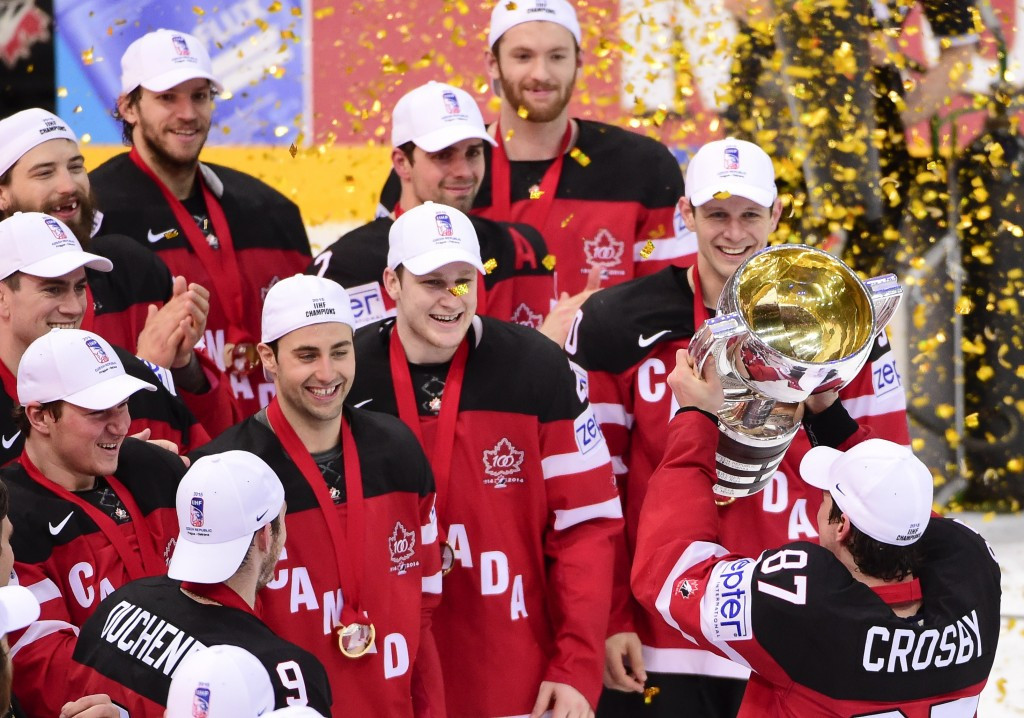 Canada have secured the gold medal at the Ice Hockey World Championship in the Czech Republic thanks to an outstanding 6-1 victory over last year’s champions Russia.

The win means the Olympic champions finish the tournament with a perfect 10-0 record and sees them claiming their first world title since 2007.

It also means Sidney Crosby becomes the 26th member of the Triple Gold Club and the first to captain all three championship teams to the top of the podium.

Cody Eakin got the scoring underway in the opening period at 18:10, before Tyler Ennis, Crosby and Tyler Seguin scored in the second without even giving Russia a look in at the O2 Arena in Prague.

The winners then struck home two more goals in the third period thanks to Claude Giroux and Nathan MacKinnon, with Russia’s Evgeni Malkin scoring a consolation goal with just minutes left to play.

"I don’t think you come into a game like this thinking you’re going to win 6-1," said Crosby.

"They are a dangerous team that even with a two or three goal lead you really can’t sit back.

“It was good to get a big lead there and the inside of five minutes we started to enjoy it more because we knew it was getting closer.

“It is not always that way."

Russia’s Alex Ovechkin said his team “threw the game away” in the second period.

“Of course they played really well today, it's obvious that they're a good experienced team and they showed it today.

“It's a good thing for us that young players got to play against guys like Crosby, Giroux, [Brent] Burns because they got some great experience."

Earlier in the day, the United States overcame the hosts for a 3-0 win and the World Championship bronze medal.

First period goals from Nick Bonino and Trevor Lewis got the whitewash underway in Prague and Charlie Coyle sealed the deal in the second.

"We had a quick turn-around.

“Obviously we wanted to be playing for the gold medal.

“But we were able to rally the troops and come out tonight and play a very, very strong game, backed by a great performance from our goaltender."

The 2016 Ice Hockey World Championship will take place in Russia at venues in Moscow and St Petersburg from May 6 to 22.