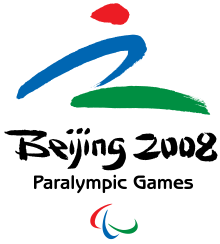 Beijing host the biggest Paralympic Games of all time

The opening ceremony of the Beijing 2008 Paralympic Games took place in the majestic Beijing National Stadium (colloquially referred to as the "Bird's Nest" due to its appearance) on 6th September 2008.

The Bird's Nest was built specifically for the 2008 Olympics and Paralympics at a cost of $423 million.  Throughout the Paralympic Games, the capacity of the stadium was 91,000 (though it has since been reduced to 80,000) and it was sold out for the Opening and Closing Ceremonies.

Over 4,200 athletes from 148 countries took part in the Beijing Paralympics meaning that the 2008 Games boasted the largest ever number of nations at the Paralympics (twelve more than in Athens).  Several countries competed in the Paralympics for the first time.  The slogan for the 2008 Paralympics was the same as the 2008 Summer Olympics: "One World, One Dream".

One of the standout performers of the Games was 13 year-old Eleanor Simmonds of Great Britain.  Simmonds became the youngest ever individual Paralympic gold medalist when she won the 100m freestyle S6 event in swimming on 8 September on the second day of the Games.

Another star of the Games was the famous Oscar Pistorius of South Africa, also known as the "blade runner" due to the appearance of his prosthetic legs.  Pistorius claimed three gold medals at the Games after he was banned from competing at the 2008 Summer Olympic when his legs were considered to give him an unfair advantage over able-bodied athletes.

China fielded more athletes than any other country and the hosts dominated the medal table from start to finish.  China won a phenomenal 89 gold medals, more than double the 42 gold medals second placed Great Britain won.  The United States finished in third with 36 gold medals.