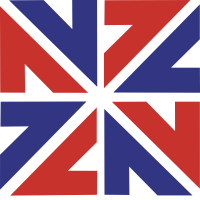 Security in New Zealand is tightened following the tragic 1972 Olympics

The Christchurch 1974 British Commonwealth Games were the first large-scale international athletic event to follow the tragic massacre of the Israeli athletes at the 1972 Munich Olympics.

Therefore, Christchurch was the first multi-sport event to place the safety of participants and spectators as its uppermost requirement.

The athlete’s village, which was the student accommodation of Canterbury University, was surrounded by security guards and there was an exceptionally high-profile police presence. Only official vehicles and persons were only allowed into sensitive areas around the venues.

Even so, Christchurch produced a wonderful Games and charmed the watching world as a city of beautiful churches and gardens. Christchurch was - and still is - the smallest city to host the modern televised Commonwealth Games.

On the track, Jamaica’s Don Quarrie successfully defended both his 1970 100 and 200 metres tittles winning Jamaica’s only two gold medals of the Games.

The sponsorship though, produced far less profitable than the city had hoped for and Christchurch was left with huge financial debts. This deterred New Zealand from hosting major events until 1990 when the Government stepped in with lotteries funding to clear the remaining debt. By then, Auckland's 1990 Commonwealth Games were fully commercialised.