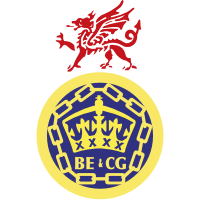 Wales had to wait 12 years longer than originally scheduled to become host of the British Empire and Commonwealth Games as the 1946 event was cancelled because of World War Two.

The VI British Empire and Commonwealth Games was the largest sporting event to be held in Wales and the country was the smallest ever to host the Games.

The Queen's Baton Relay is similar to the Olympic Torch Relay, is a relay around the world held prior to the beginning of the Commonwealth Games although up until the Kuala Lumpur 1998 Games, the Relay only went through England and the host nation.

The Baton carries a message from the Head of the Commonwealth - currently Her Majesty Queen Elizabeth II - and the Relay traditionally begins at Buckingham Palace in London as a part of the city's Commonwealth Day festivities.  The Queen entrusts the baton to the first relay runner and at the Opening Ceremony of the Games, the final relay runner hands the baton back to the Queen (or her representative) who reads the message aloud to officially open the Games.

At the Cardiff 1958 Games, it was England's famed middle-distance runners, Roger Bannister - the first man to run a sub-four minute mile and Chris Chattaway – the first winner of the BBC Sports Personality of the Year, who were handed the honour of taking the Queen's first-ever Baton from Buckingham Palace on the first stage of its journey to Wales.

The Cardiff Games turned out to be South Africa's last Commonwealth Games until their post-apartheid return to the Victoria 1994 Games.  A number of objections against South Africa took place in Cardiff because their team had been selected on the basis of race and colour rather than ability. South Africa subsequently withdrew from the Commonwealth in 1961 and were not reinstated for 30 years.