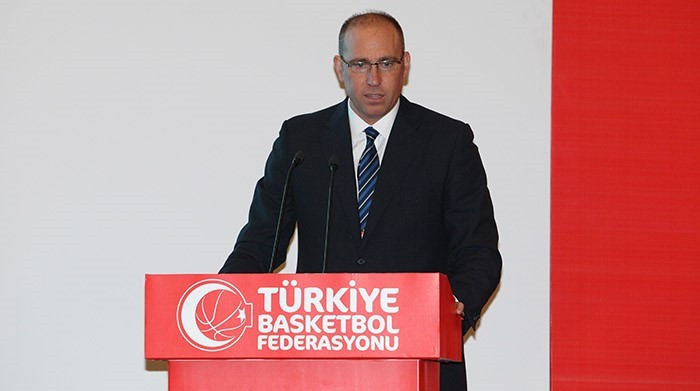 Erdenay became TBF President on March 30 with the full support of the TBF Board after FIBA Europe President Turgay Demirel stepped down from the position following 23 years of service to Turkish basketball.

“It is a great honour and privilege to lead this world class federation,” said Erdenay, who was elected with 93 of 174 votes.

“Turkish basketball has achieved tremendous success at all levels in recent years, and I am excited to continue building on the foundation that Turgay Demirel built and take TBF to the next level."

The son of Kemal Erdenay, a legendary former player and coach, Harun Erdenay was a leading name on the court in Turkey and Europe.

He helped lead Turkey’s senior men’s national team to a silver medal at EuroBasket 2001, Turkey's best ever result in the competition.

He was also a three-time Turkish Basketball League champion and led the league's scoring charts twice before retiring in 2008.

Two years before that, he began serving as general manager of Turkey senior men’s national team and in 2010 he guided his country to a silver medal at the International Basketball Federation World Championship on home soil, marking the team's best ever result in international competition.

Prior to his election as TBF President he also served as a TBF Board member and vice-president, and was elected to the FIBA Europe Board last year.

“I’ve devoted my life to basketball and had success as both a player and manager,” Erdenay added.

“I look forward to working with the entire Turkish basketball family and our friends around the world to strengthen our sport at home and abroad.”

Erdenay's predecessor Demirel was elected FIBA Europe President in May 2014.

He replaced acting President Cyriel Coomans, the Belgian who had taken over from Iceland's Ólafur Rafnsson following his sudden death at the age of 50 in June 2013.