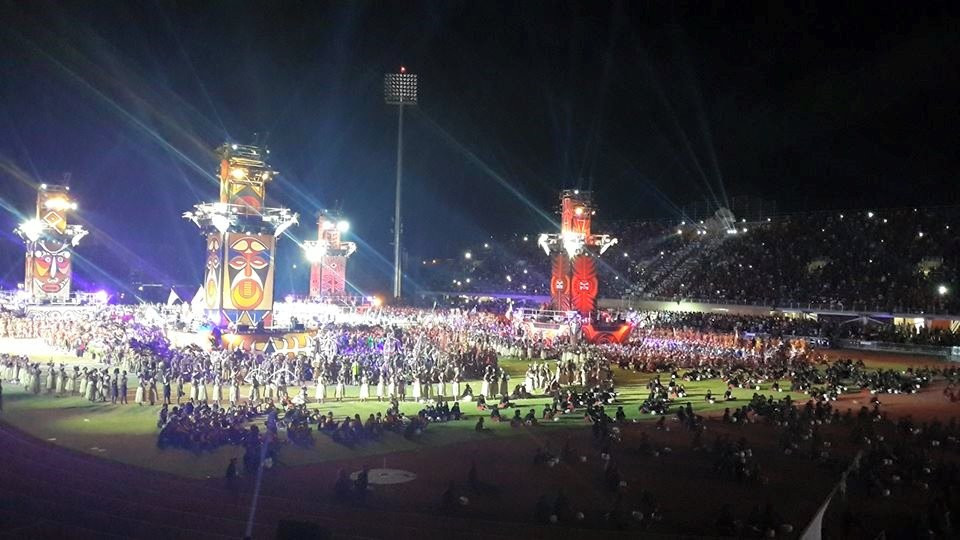 The ticketing row which overshadowed the Port Moresby 2015 Closing Ceremony, leaving hundreds of spectators outside the Sir John Guise Stadium, was caused by a fans without tickets trying to gain access, as well as a larger number of VIPs turning up for the event than anticipated it has been claimed.

Large groups of fans trying to enter the Stadium for the Ceremony on Saturday (July 18) that brought the 15th edition of the Pacific Games to an end here were not allowed in, despite having purchased tickets.

The debacle marred a spectacular end to the 14-day event, described by many as raising the bar for future Pacific Games.

Port Moresby 2015 chief executive Peter Stewart revealed that only 9,000 tickets were sold for the Ceremony and not the 15,000 as had been reporting, claiming it was “always the plan” to locate the stage in the middle of the Stadium, effectively making 5,000 seats unavailable.

“It was a combination of a larger number of VIPs and that there was an expectation from some people that they would be able to buy tickets on the gate,” Stewart told insidethegames.

“Usually for this type of event large numbers of VIPs don’t take all of their tickets but this didn’t happen for us and we had more of them than we expected.

“Ticketing is a new concept in Papua New Guinea which caused us some challenges but largely we feel it went well.

“We had a core seating area which allowed us to compensate for not having the full Stadium available.

“We knew once the Sir John Guise Stadium was confirmed for the Closing Ceremony that the stage would be in the middle and the idea behind that was to create a party atmosphere, which we feel we did.”

The Closing Ceremony, including the formal hand over of the Pacific Games flag to 2019 hosts Tonga, as well as performances from various regional music stars including reggae artist O-Shen, brought the curtain down on the 15th Pacific Games, an event dubbed a success by both athletes and officials.

Stewart, claimed that, despite a number of challenges, the Games overall had been “a fantastic success”.

He added: “It was a step up from other Pacific Games we have seen and we tried to do things differently.

“Accreditation and ticketing were two big challenges as this type of project had never really been done in Papua New Guinea.

“As with any multi-sport event there were challenges but by and large it was a fantastic success.”

Hosts Papua New Guinea finished top of the medal table for only the second time in their history on an unconfirmed total of 87 golds, comfortably ahead of second-placed New Caledonia.