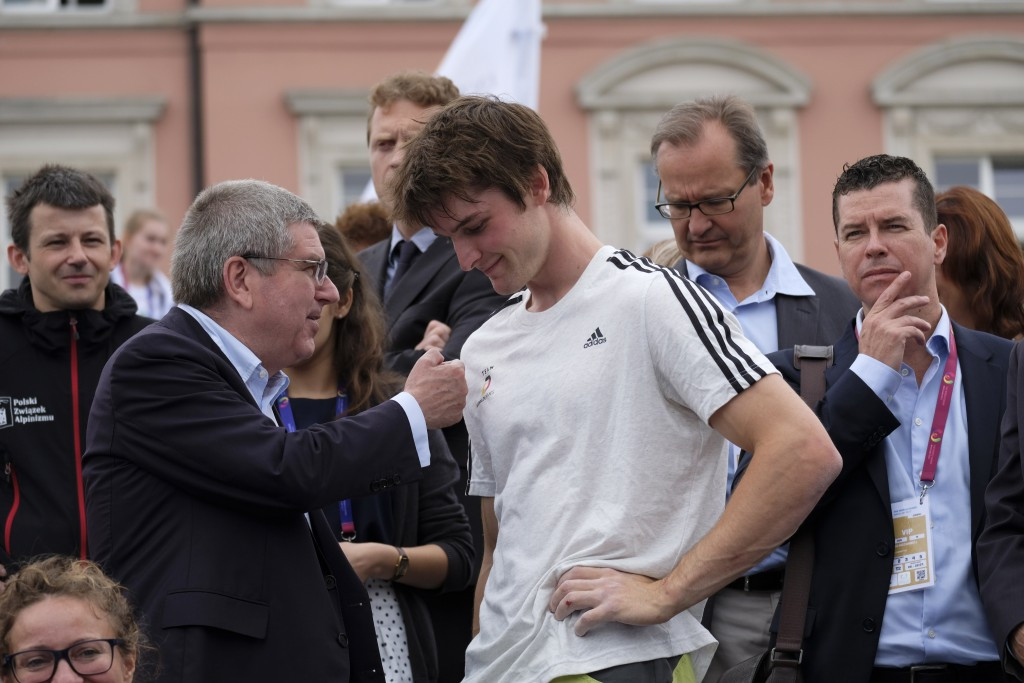 Sports with ambitions of one day appearing at the Olympics had a chance to show off their potential to both IOC President Thomas Bach and McConnell, who were both in attendance at the event last week.

During his visit, McConnell observed sport climbing, roller skating and korfball competitions among others.

Perurena announced in a press briefing this morning that he had received extremely positive feedback from the IOC delegation.

"I received a letter yesterday from Kit [McConnell] and he said he was pleasantly surprised," the Spaniard commented.

"He spoke about the quality of the venues, the spectators, the athletes and it was all very, very positive.

"For me this is a very big step because in the future I think the IOC will use our Games to evaluate the sports that want to make it into the Olympics.

"Kit told me in the letter that there was very little difference between our events and Olympic competitions."

Last week, McConnell claimed the World Games is providing sports with a "great opportunity to shine".

"Events like The World Games, as President Bach has highlighted and we have spoken about previously, is a great opportunity for these sports to showcase themselves in a multi-sport environment and give athletes a chance to experience that team element," he told insidethegames.

"It is also good for us to see how a sport adapts into that environment because there are some differences that come along with that so for us to experience these events in the World Games is really important.

"For the sports themselves its vital that there is a platform to reach out to new audiences, give new experiences to athletes and to operate at a high-level multi-sport games.

"It is a great opportunity to shine and for us to see them in that environment."

Previous sports which have gone on to make it at the Olympics from the World Games include rugby sevens, karate and sport climbing.

Karate and sport climbing are set to appear on the programme for the first time at Tokyo 2020 after rugby sevens made a successful debut at Rio 2016.