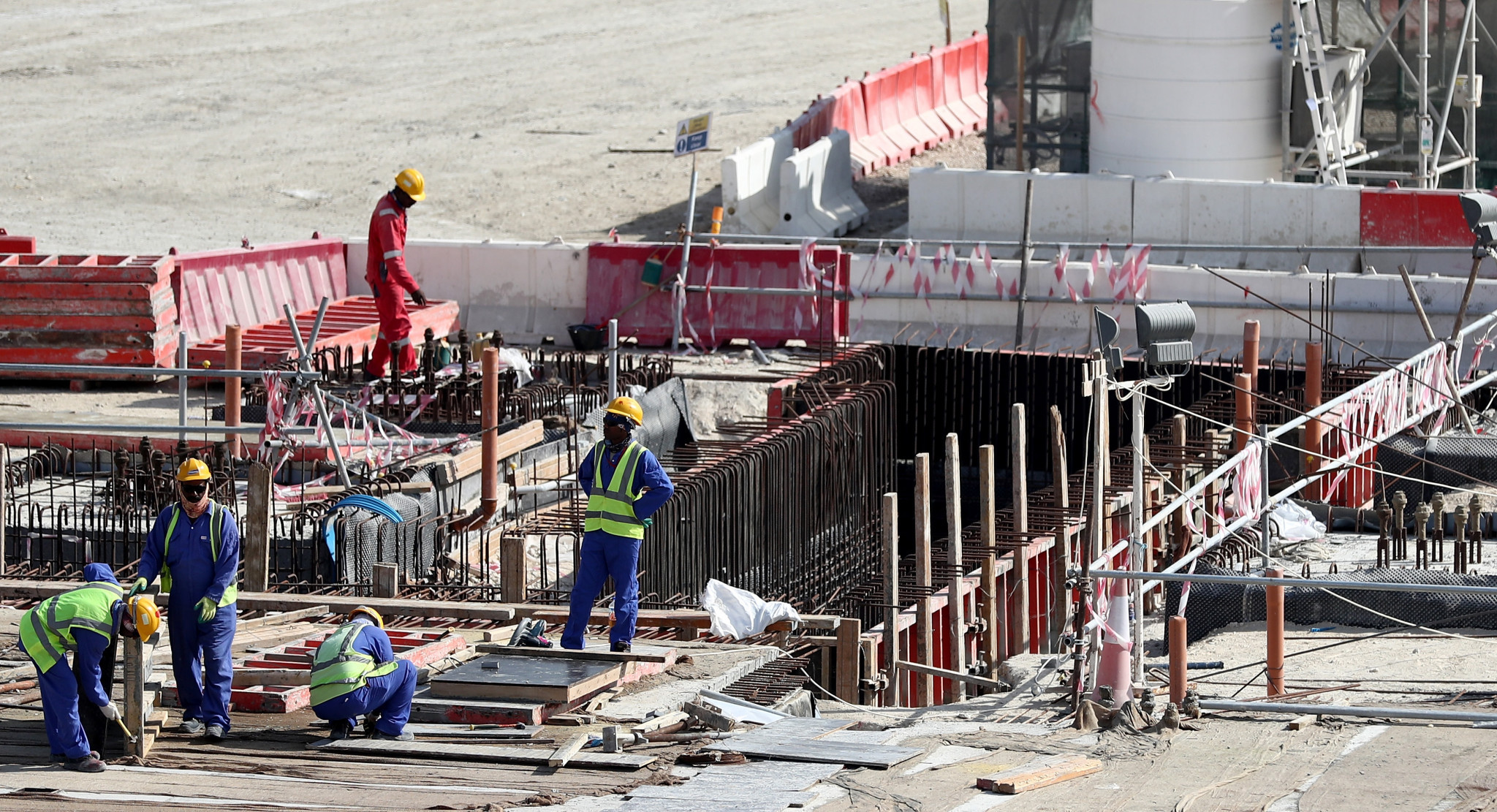 Human Rights Watch (HRW) has claimed that FIFA should encourage Qatari authorities to "adopt and enforce adequate restrictions" on outdoor work to protect the lives of migrant construction workers.

One of the main criticisms levelled at the Qatar 2022 World Cup organisers has centred on the treatment of migrant workers who are helping construct the stadiums.

The build-up to the event has been littered with suggestions by Amnesty International that FIFA and Qatar's Supreme Committee for Delivery and Legacy have persistently done little to address "rampant migrant labour abuse".

However, Qatar 2022 organisers did mandate work-to-rest ratios in 2016, depending on the risk posed by heat and humidity for the workers building stadiums for the tournament.

"Limiting work hours to safe temperatures - not set by a clock or calendar - is well within the capacity of the Qatari Government and will help protect hundreds of thousands of workers," she said.

"If Qatar's World Cup organisers can mandate a climate-based work ban, then the Qatar Government can follow its lead as a step towards providing better protection from heat for all workers.

"Qatar sought the spotlight by bidding for the 2022 World Cup, brought in hundreds of thousands of migrant workers to build roads, stadiums, and hotels, and then shelved key recommendations from their own consultants to investigate migrant worker deaths.

"FIFA and national football associations should make clear they expect life-saving changes to law and practice that could set a Gulf-wide example of how to save construction worker lives now - and in the future."

According to HRW, Qatar has a migrant labour force of nearly two million people.

Approximately 40 per cent, or 800,000, of these workers are employed in the construction sector.

Current heat protection regulations in Qatar only prohibit outdoor work from 11:30am to 3pm during June 15 to August 31.

HRW has claimed that climate data shows weather conditions in Qatar outside those hours and dates frequently reaches levels that can result in potentially fatal heat-related illnesses in the absence of appropriate rest.

"This should include rest-to-work ratios commensurate with the risk from heat and humidity exposure, access to shade, plentiful hydration, and the prohibition of work at all times of unacceptable heat risk.

"The authorities should engage heat-stress specialists in drafting legislation, which should include meaningful sanctions for non-compliance."