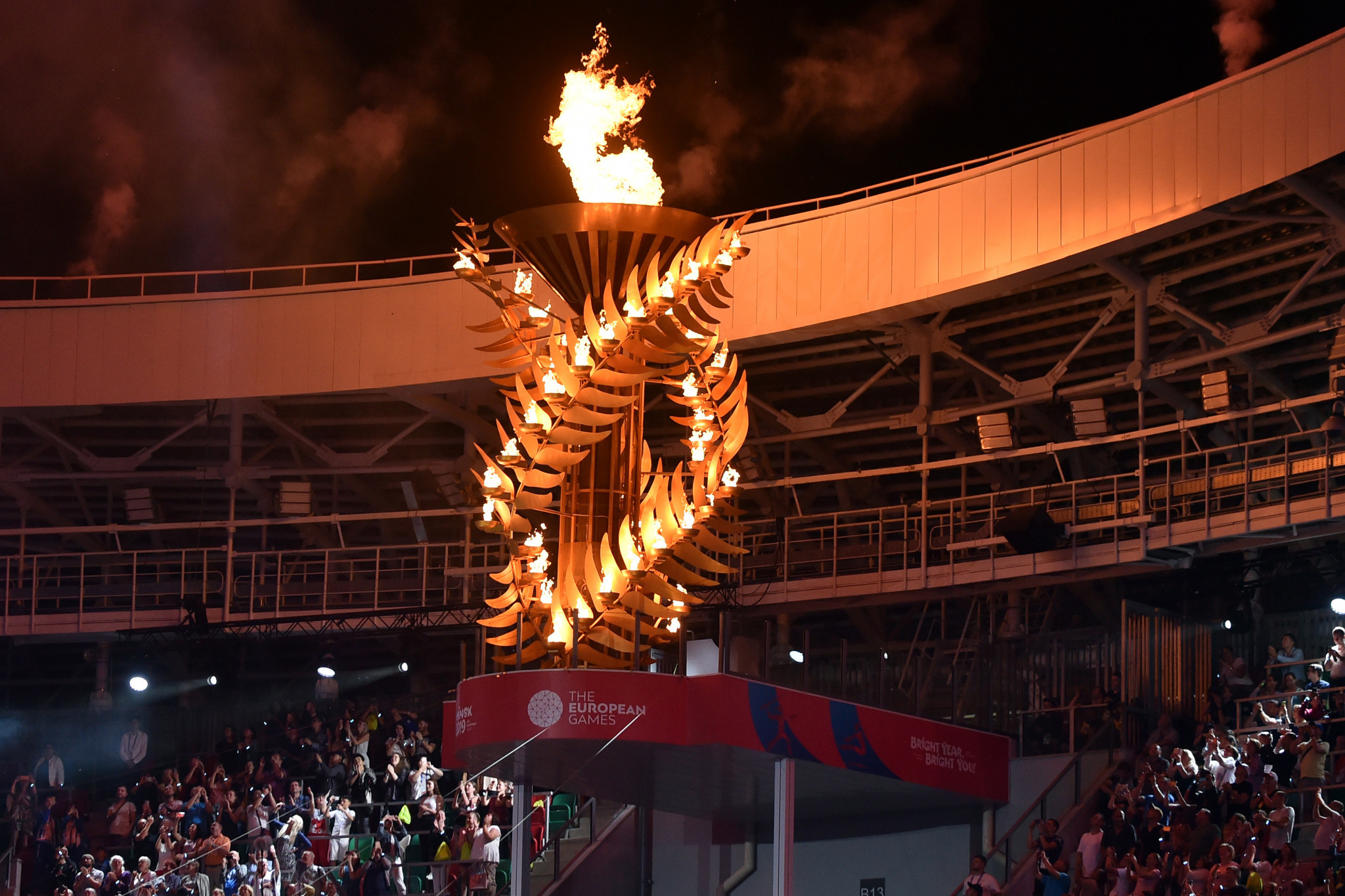 The Flame burns above Minsk this morning but many are reflecting on the night before after a spectacular Opening Ceremony which set the tone for the Games.

Four-times Olympic biathlon gold medallist Dariya Domracheva was one of seven champions from Belarus to light the cauldron with what has become known as "the Flame of Peace".

It was a highly symbolic and moving moment which set the seal on a memorable spectacle.

Both had already carried the Flame in recent days as it toured the Games city.

Each was greeted with a roar of recognition as they formed a group of champions, all carrying Torches to circle the stadium.

Then came the climactic moment as each moved to an individual station to light the Flame in a cavalcade of fire as seven bells chimed in a message of good luck.

It was not the first time a cauldron had been lit by a magnificent seven.

At the London Olympics, seven youngsters, each nominated by a great champion, lit the petals which transformed into an unusual receptacle for the Flame.

The way the cauldron was lit in Minsk recalled the 2013 Summer Universiade in Kazan.

At the Opening Ceremony, four Torchbearers moved to an individual lighting station and flames flew to the top of the stadium.

Was this an inspiration for how it was done last night?

The idea of using more than one Torchbearer to light the cauldron actually goes back more than 40 years.

Back then, two cauldrons were lit at the Winter Games in recognition that Innsbruck had hosted in 1964.

At the Montreal Summer Olympics, Sandra Henderson and Stéphane Préfontaine lit the cauldron together in representation of the English and French linguistic communities of Canada.

Organisers of the 1988 Seoul Olympics decided sport, education and the arts should be represented and so an athlete, teacher and performer were chosen to ascend a platform and ignite the Flame together.

In 2002, Salt Lake City’s Flame was lit by the entire 1980 USA ice hockey team, gold medalists still revered by those in the host nation.

It was a similar story when four of Canada’s finest lit an unusual structure in Vancouver, even if the effect was slightly spoiled when one arm of the cauldron failed to function.

It goes to show that there is really nothing new under the sun, which is perhaps appropriate for the midsummer solstice and for that matter the enduring message of peace which has been brought by this Flame.

"What I felt during the Torch Relay is that people are uniting, we are part of something bigger," said Domracheva.

Many who have witnessed the passing of this and other Flames will surely agree.