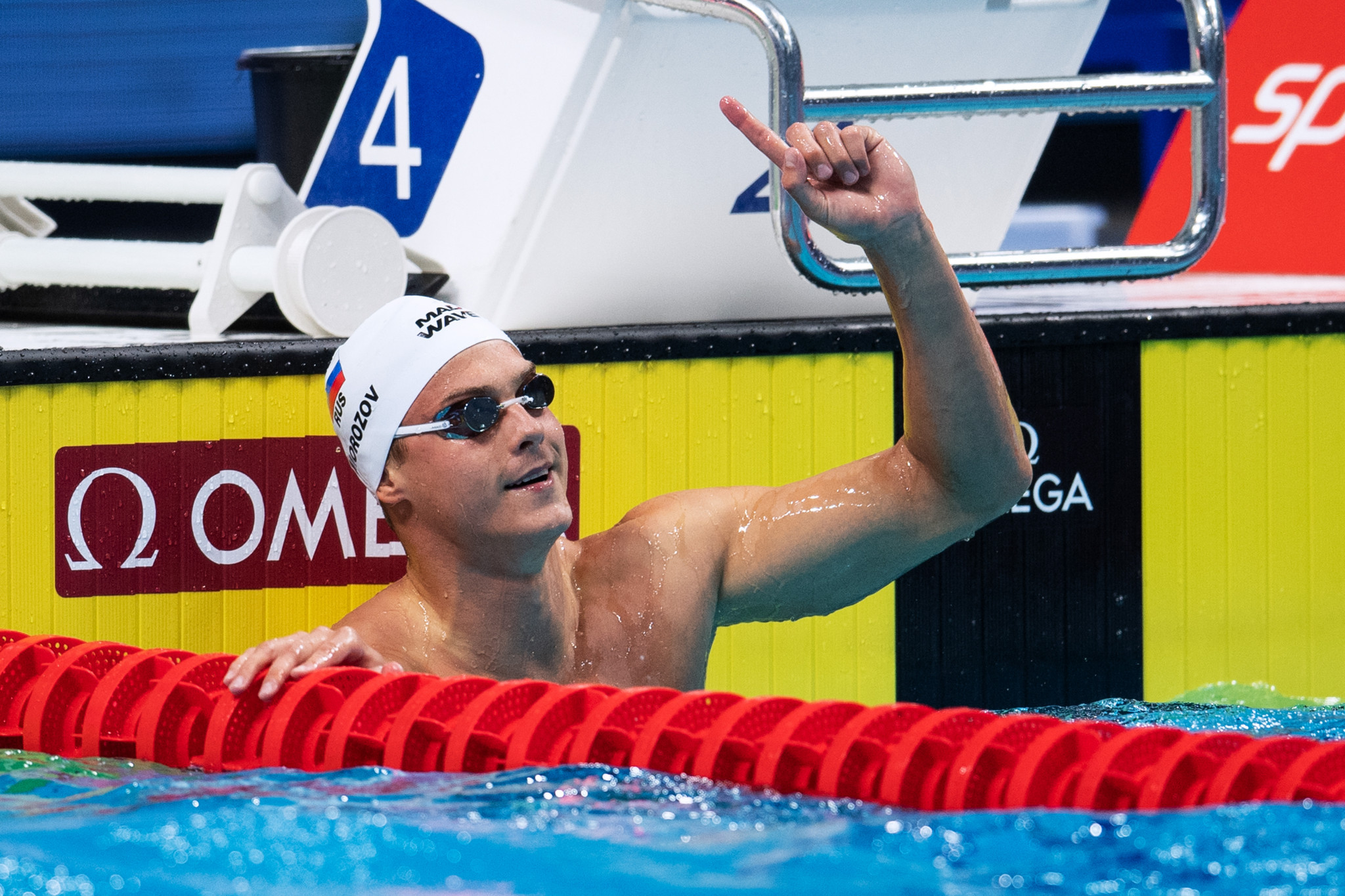 The Russian was in a share of first place in the men's overall rankings alongside Australian Mitch Larkin prior to the fourth stage of the seven-leg series on nine points.

At Duna Arena in the Hungarian capital, Morozov made it a century of gold medals by topping the podium in the men's 50 metres freestyle in 21.50sec.

Michelle Coleman of Sweden won the women's equivalent in 24.56, edging out The Netherlands' Ranomi Kromowidjojo by 0.06.

The bronze medal went to Russia's Mariia Kameneva in 24.65 as just 0.09 seconds split the top three.

Kameneva took a second bronze of the evening in the women's 50m backstroke final behind Kira Toussaint of The Netherlands and Finland's Mimosa Jallow.

Kameneva clocked 28.31 in rounding out the podium.

We are used to seeing Russian speedster Vladimir Morozov atop the podium and he took his ? World Cup ? here in Budapest in the Men’s 50m Free, touching the tiles ahead of Maxim Lobanovskij of Hungary and Japan’s Kosuke Matsui. #SWC19 #SWIMMING pic.twitter.com/ZIUTTqKtXQ

There was joy for the Budapest crowd as Kristof Milak led home Szebasztián Szabó for a Hungarian one-two in the 100m butterfly final.

Milik took the gold medal in 51.27 as Szabó, whose change of nationality from Slovenia to Hungary in time for Tokyo 2020 was confirmed by the International Olympic Committee's Executive Board this week, earned silver in 52.16.

The World Cup continues tomorrow and finishes on Sunday (October 6).