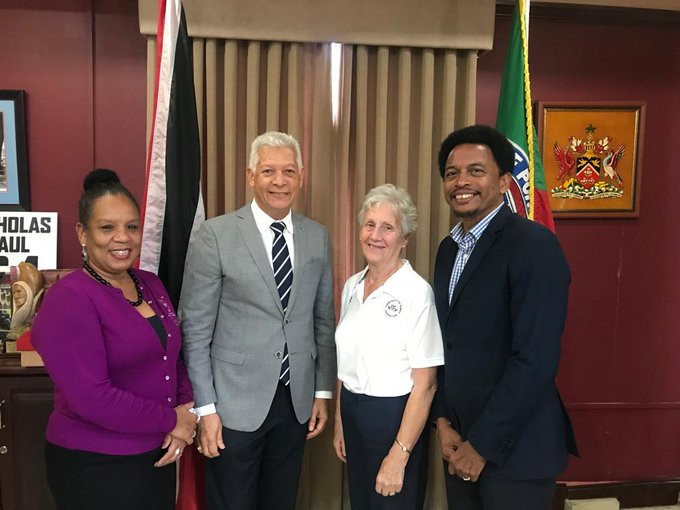 Dame Louise Martin has praised the involvement of three female athletes in Trinidad and Tobago's successful bid to host the 2021 Commonwealth Youth Games.

Speaking at an advancing women in leadership forum in the Caribbean nation, the Commonwealth Games Federation (CGF) President singled out Rheeza Grant, Kwanieze John and Chanelle Young for their work on the bid.

Grant, John and Young were considered the driving force behind Trinidad and Tobago's candidature, which beat Gibraltar to land the hosting rights for the 2021 Commonwealth Youth Games.

According to Trinidad and Tobago Olympic Committee President Brian Lewis, the trio "conceptualised, developed and envisioned" the nation's bid for the Games.

A true honour to have our President Dame Louise Martin provide the keynote speech at the Advancing Women in Leadership Forum 2019 in Trinidad & Tobago this weekend ??????

She said: "Our goal is gender equality in both opportunity and participation at the Games and Youth Games." https://t.co/FwW3rXiSqB

Trinidad and Tobago was awarded the Games as the replacement for Belfast after beating only rivals Gibraltar in a close vote at the CGF Executive Board meeting in June.

Preparations have already begun in the Caribbean nation and CGF officials have recently visited the nation to inspect progress.

The 2021 Commonwealth Youth Games will be the seventh edition of the event, from August 1 to 7.

The first Commonwealth Youth Games were held in Scotland in 2000, with the event subsequently going to Australia, India, Isle of Man, Samoa and, most recently, the Bahamas in 2017.