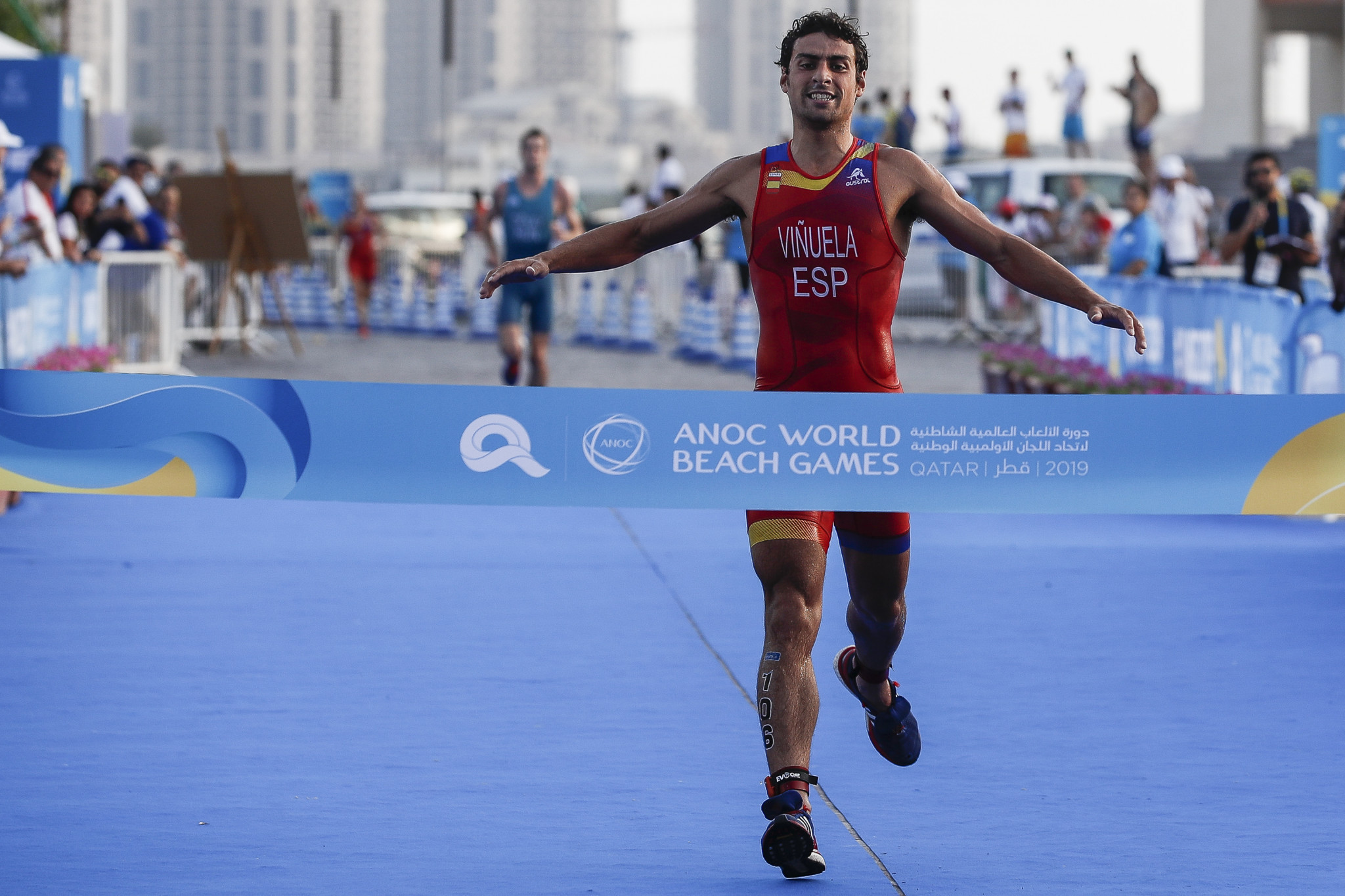 Kevin Vinuela and Francisca Tous spearheaded a second golden double for Spain in the aquathlon at the Association of National Olympic Committees World Beach Games, less than 12 hours after two gold medals a few metres away along the beach in karate.

He was only fifth after the first running phase but produced an excellent swim to lead from Hungary’s Márk Dévay coming out of the water.

"I had a very fast swim, the run was okay and the time was good," Vinuela told insidethegames.

"The heat on the second run made it very hard."

Vinuela and Dévay had made their breakaway during the swimming.

"I am one the best swimmers, but Vinuela swims like me and is strong in the run," Dévay said.

"It was ridiculously hot in the water so I just tried to reduce my stroke rate to avoid wasting too much energy in the swim because it was so hot.

"Eventually we managed to pull away from the big pack out of the water, I was feeling a bit dizzy so we decided to hang on and keep going.

"I tried to catch up but he was quick enough to take it away.

"I am satisfied with second.

"I tried not to collapse, I just needed to sit down and try and take drinks with salt to get back everything that was wasted.

"My legs had a lot of work today.

"I will try to make it to Tokyo for the Olympics where we will see hot humid weather."

Rostislav Pevtsov of Azerbaijan had led going into the water but lost ground during the swimming and dropped to sixth before recovering to take bronze in 26:43

"I am not exactly happy, I always want to win."

Tous was a convincing winner of the women’s race in 29:38 to finish 25 seconds ahead of Kseniia Levkovska of Azerbaijan, who returned after injury to record a time of 30:03 for the silver medal.

"The first lap of the race was very fast," she told insidethegames.

"It was a very slow swim in the hot water.

"I just went for the finish line.

"It is a very short race so you never know what will happen."

For Levkovska, a silver medal was an encouraging performance following a period on the treatment table.

"I was not in the worst shape because I continued to cycle, but I had not been running until two weeks ago," she said.

"’I had some doubts, but I am a long time in sports so I know what to expect.

"It is always a pleasure to be on the podium."

Antoanela Manac of Romania finished in 30:17 for bronze on her 24th birthday but admitted she did not take in the moment she crossed the line.

"I had a strategy to keep some reserves for the last run but after the swim my breathing wasn't so good," she said.

"But I needed to keep the rhythm and push a lot.

"One hundred metres before the finish I just pushed, I lost my brain.

"It was my best result from the time that I started.

Britain's Hannah Kitchen required treatment in the medical tent after withdrawing from the race during the final running phase.

Many of the competitors were prostrate in the finish area after the race.