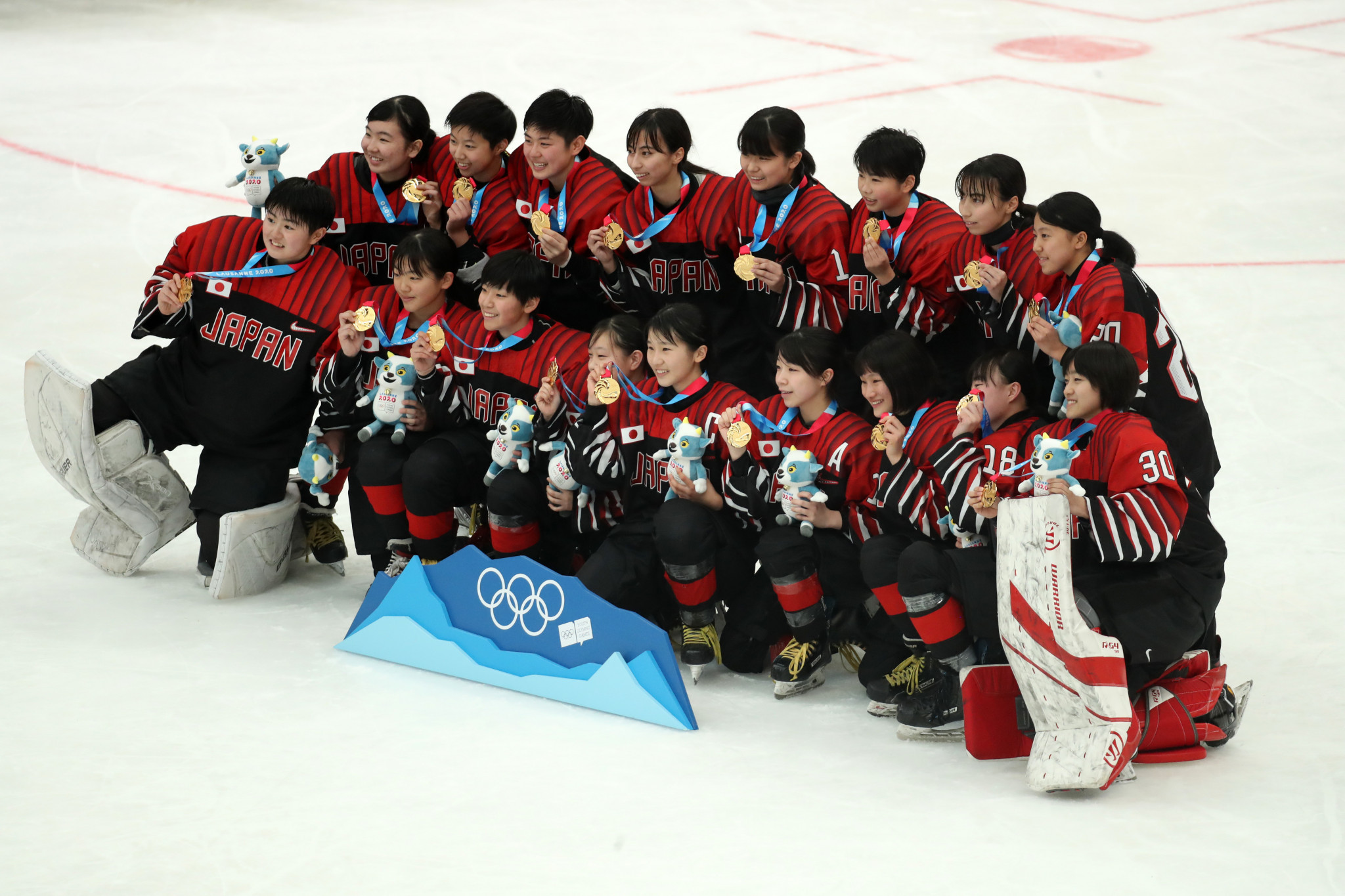 Japan cliched gold in the Winter Youth Olympic Games women’s ice hockey competition at Lausanne 2020 after coming from behind to beat Sweden in the final at the Lausanne Vaudoise Arena.

Both teams headed into gold medal match with a perfect record, following three consecutive wins in the six-team tournament.

Sweden began the brighter of the two teams in the opening period.

They took the lead after 14 minutes with Nicole Hall converting a chance prior to the first interval.

Japan produced an immediate response at the start of the second period with Hina Shimomukai scoring the equaliser.

Shimomukai pounced from close range after the puck came loose following a shot by Makoto Ito.

Japan built on the leveller as they increasingly took control of the contest, however Sweden held firm to level the match tied at 1-1 heading into the final period.

The start of the third period saw Japan rewarded for their pressure with Rio Noro putting them into the lead in the 33rd minute of the match.

Three minutes later Ito effectively ended the contest by sliding Japan into a 3-1 advantage, leaving Sweden desperate for a goal.

This led to Sweden sacrificing their goaltender, which left their team open to a Japanese goal on the break.

Shimomukai ensured this prospect began reality as she latched onto the puck and found the unguarded net to seal a 4-1 victory and gold for Japan.

Hosts Switzerland missed out on a podium spot, after they suffered a narrow defeat to Slovakia in the bronze medal match.

Switzerland took the lead in the match with an effort from Nina Harju, but strikes from Nina Hudáková and Nikola Janekova saw Slovakia come from behind to win 2-1.

United States and Russia are due to contest the men’s gold medal match tomorrow.

The US team claimed a 2-1 semi-final win over rivals Canada, while Russia brushed aside the challenge of Finland by winning 10-1.