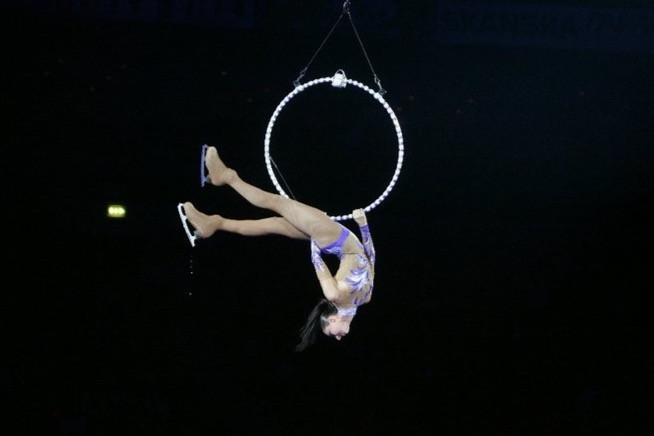 A crowdfunding page has been set up to raise money to help the figure skater who suffered life threatening injuries in a fall in a dress rehearsal for the Opening Ceremony of last month's Winter Youth Olympic Games in Lausanne.

Olga Pustovit, 35, remains in hospital after being placed in a medically induced coma following the incident.

The Russian has since undergone two major brain surgeries, an operation on her liver and on a broken arm after she fell from a height of five metres onto the ice rink of Vaudoise Aréna on January 7.

A criminal investigation opened by the public prosecutor to determine the "reasons, the circumstances and possible responsibilities in this accident" is ongoing.

Pustovit's medical costs have been covered at the Lausanne University Hospital, but her funding is set to end when she is transferred to a hospital in Saint Petersburg.

Pustovit is said to be "conscious and recovering", but will need further treatment if she is to fully recuperate from the horrific fall.

"The surgeons have been fighting for Olga’s life for three weeks," Vulf wrote on the fundraising page.

"Olga is still going to need ongoing surgeries, treatment and rehab to get back on her feet and walking again and caring for her two children of eight and five-years-old."

Vulf also sent a message from Pustovit, who revealed she had been crying "tears of happiness"" after donations flooded in.

"For the past few weeks, I have been crying a lot," Pustovit said.

"I was crying because I was in pain and I was in a lot of pain and because I can't change anything about what happened.

"But these past few days, there are tears of happiness.

"I am happy to have incredible people around me.

"Thank you for your support, your messages, your words and your donations.

"I apologise for not responding to everyone, but I am not yet able to see clearly.

"But I send all of you love and hug you with my broken arm."

Lausanne 2020 and the International Olympic Committee had been criticised for their lack of updates on the condition of Pustovit in the aftermath of the incident.

But organisers have insisted Pustovit's family asked them not to comment publicly and they had to "respect the family's right to privacy".