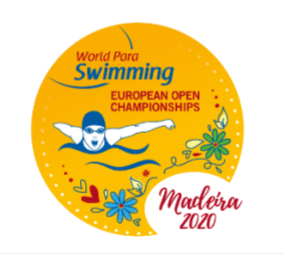 World Para Swimming has decided to put its 2020 season on hold until September due to the constantly changing landscape and the disruption caused by the coronavirus pandemic.

This means that no major event or classification opportunity will take place until September 1 at the earliest.

The announcement coincides with the postponement of two World Para Swimming events – the 2020 European Open Championships in Madeira's capital Funchal and this year's World Series event in Berlin.

The European Open Championships were initially scheduled for May 17 to 23, while the World Series event was set to take place from June 18 to 21.

New dates for both competitions are set to be confirmed at a later date.

World Para Swimming says it is currently in discussions with Local Organising Committees to be able to provide National Paralympic Committees and the athletes' community with a clear overview of the last quarter of the 2020 season.

Following the recent announcement of the postponement of the Tokyo 2020 Paralympic Games to next year, World Para Swimming is also looking into new dates for its 2021 World Championships in Madeira.

The World Para Swimming World Series leg in Lignano in Italy, scheduled to have been held from February 27 to March 1, was cancelled in February.

It would have been the second leg of the World Para Swimming World Series season after the opener in Melbourne earlier in February.

The campaign was to continue in Brazilian city São Paulo between March 25 and 28, but the cancellation of the event was announced on March 17.