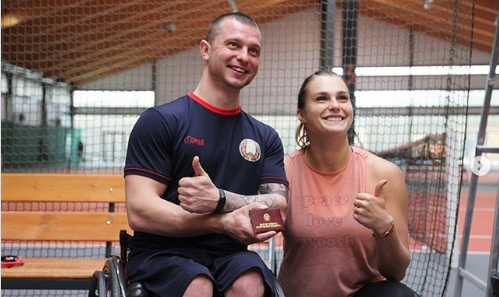 Belarusian tennis star Aryna Sabalenka has taken part in a ceremony to present some of the country's leading wheelchair tennis players with national master of sport certificates.

They were joined by the likes of Inna Romanovich, director of the National Olympics, Paralympics and Deaflympics Center, and Anastasiya Shleptsova, the BTF's wheelchair tennis manager.

Sabalenka has been a top-10 player in both singles and doubles, having been ranked as high as number nine in singles and number two in doubles by the Women's Tennis Association (WTA).

The 21-year-old won her first Grand Slam title in doubles at the 2019 US Open, alongside Belgium's Elise Mertens.

She has won nine WTA titles in total, six in singles and three in doubles.