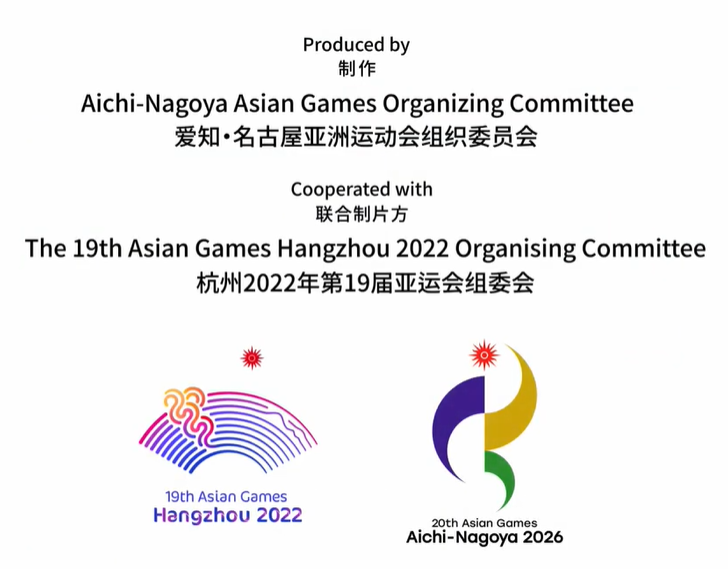 A joint promotional video has been released by the next two hosts of the Asian Games.

Hangzhou 2022 and Aichi-Nagoya 2026 have joined forces to build excitement for what will be the 19th and 20th editions of the continental event.

The Organising Committees in China and Japan have been working closely with each other, sharing information and exchanging ideas.

In November, a delegation from Aichi-Nagoya made the trip to Hangzhou to discuss the plan for the joint video.

The content was agreed upon and the final version was agreed in January, before shooting and production was completed for the film by the end of April.

Support for the project was given by the organisers of the Asian Games, the Olympic Council of Asia.

"As the host cities of the 19th and 20th Asian Games, Hangzhou and Aichi-Nagoya have continuously strengthened the exchange and learning of the Asian Games preparation work through mutual visits and other forms, and promoted the understanding between the two Asian Games cities," a Hangzhou 2022 statement said.

"The release of this joint promotional video can not only show the style of Hangzhou and Aichi-Nagoya, but also promote the spread of the Olympic spirit."