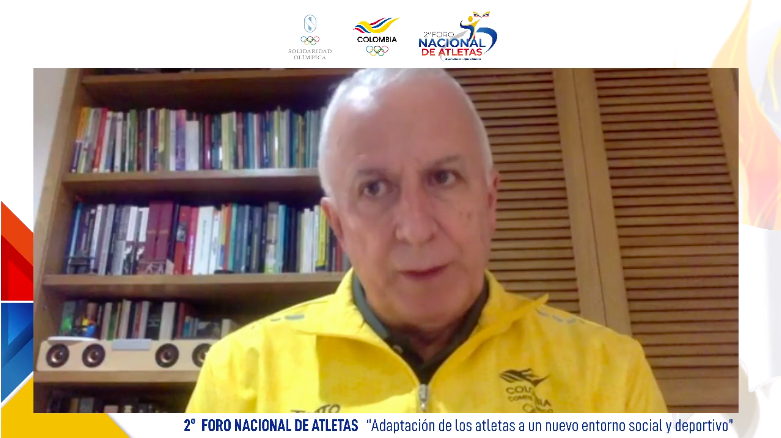 The Colombian Olympic Committee (COC) hosted its second National Athletes' Forum, with the event reaching around 90,000 people on Facebook over three days.

With the support of the COC's academic directorate, the Forum was held in cooperation with the Athletes' Commission and included 17 speakers.

These included athletes, former athletes and special guests, who all kept to the topic of "Adaption of Athletes to a New Social and Sports Environment".

Sebastián Uprimny, a representative of the Athletes' Commission and a cross-country skier from the Pyeongchang 2018 Winter Olympics, was among those involved.

Alvaro Zarate, an entrepreneur and the founder of Doer/City Incubators, gave a presentation on launching a technological venture in the space of three weeks, to encourage innovation by athletes when they are not competing.

He also invited athletes, through two workshops, to brainstorm ideas to help them create businesses that they would be passionate about.

Ximena Restrepo, an Olympic bronze medallist in the 400 metres from the Barcelona 1992 Games, led a presentation called "World Athletics and its adaptation to the new conditions towards the Tokyo 2020 Olympic Games".

Now a vice-president of World Athletics, she mentioned the methods that the governing body has taken to protect athletes from hardship during the COVID-19 pandemic.

Restrepo also mentioned how important it was for her to see further gender equality in sport, to allow everyone the same opportunities.

She praised the women of Colombia for their contribution to sport.

Mónica Sarai Arango, a Pan-American champion in artistic swimming and a psychologist, discussed the feeling of loss that has come with the pandemic.

"We always live in the present, happiness, sadness are part of the path of life," said Arango.

"So, that is the most important part that we must be living, even this pandemic is part of that path, that is why I invite you to see this, the pandemic, the injuries, the falls, the exams lost as part of the path and we allow ourselves to feel it.

"The invitation is that we fully live that path."

She concluded by asking those in attendance to focus on the "now" and to come out stronger on the other side, with the postponed Tokyo 2020 Olympics less than a year away.

During the Closing Ceremony, Minister of Sports Ernesto Lucena was encouraged by the presentations and said the message of adaption was important to the wider society in Colombia during the pandemic.

The President of the COC, Baltazar Medina, thanked all in attendance

"I want to invite you not to lose the optimism and have faith that we are going to move forward and that we will go back to being what we have always been, a transforming social force in the sporting reality of the country," he said.

"Sport will once again shine with the light that illuminates the path of athletes."