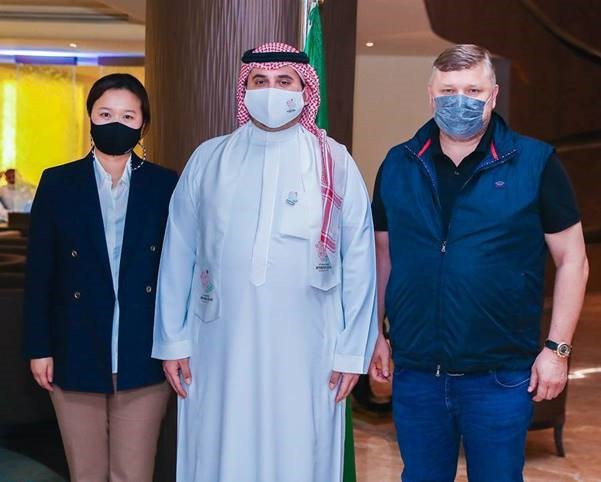 Saudi Arabia is aiming to stage the Asian Games for the first time and Prince Abdulaziz is confident it can deliver a "modern", "vibrant" and "diverse" event in a decade's time.

Yesterday saw members of the OCA delegation arrive at Riyadh’s King Khalid International Airport where they were greeted by organisers.

The Evaluation Committee is due to visit the city’s three hosting areas - Qiddiya, the Riyadh Historical Zone and Dammam.

Riyadh 2030 claims the delegation will discover how it plans to use exciting venues alongside temporary and purpose-built arenas which would be connected by an "extensive" transport system.

Saudi Arabia faces opposition from bitter political rival Qatar for the hosting rights after Doha, which staged the Asian Games in 2006, also submitted a bid.

Prince Abdulaziz said staging the OCA's flagship event would have a lasting impact on Saudi Arabia, which like Qatar has faced criticism over its record on human rights.

"We welcome the OCA Evaluation Committee and look forward to sharing our vision for a transformative Asian Games with the delegation," said Prince Abdulaziz.

"We will demonstrate the great honour it would be to host Saudi Arabia’s first ever Asian Games in 2030 and how Riyadh, Saudi Arabia and all of Asia would see long-lasting impacts on sport and wider society.

"We are fully ready to showcase our ambitious, visually stunning and environmentally-conscious hosting vision for the 2030 Asian Games - and Riyadh promises to work hand-in-hand with the OCA to deliver a modern, vibrant, diverse event and an unforgettable, festival atmosphere for fans and athletes alike."

The OCA is expected to choose the host for the 2030 edition at its General Assembly in Muscat in Oman on December 16.

The 2030 Asian Games race is a change from the OCA's familiar pattern of deciding on its preferred city and electing it unopposed.

There is also the added spice of a diplomatic feud after Saudi Arabia led a blockade of Qatar in 2017, accusing Doha of supporting terrorism.

The oil-rich Middle Eastern nations which share a border have described the bidding process as a national priority.