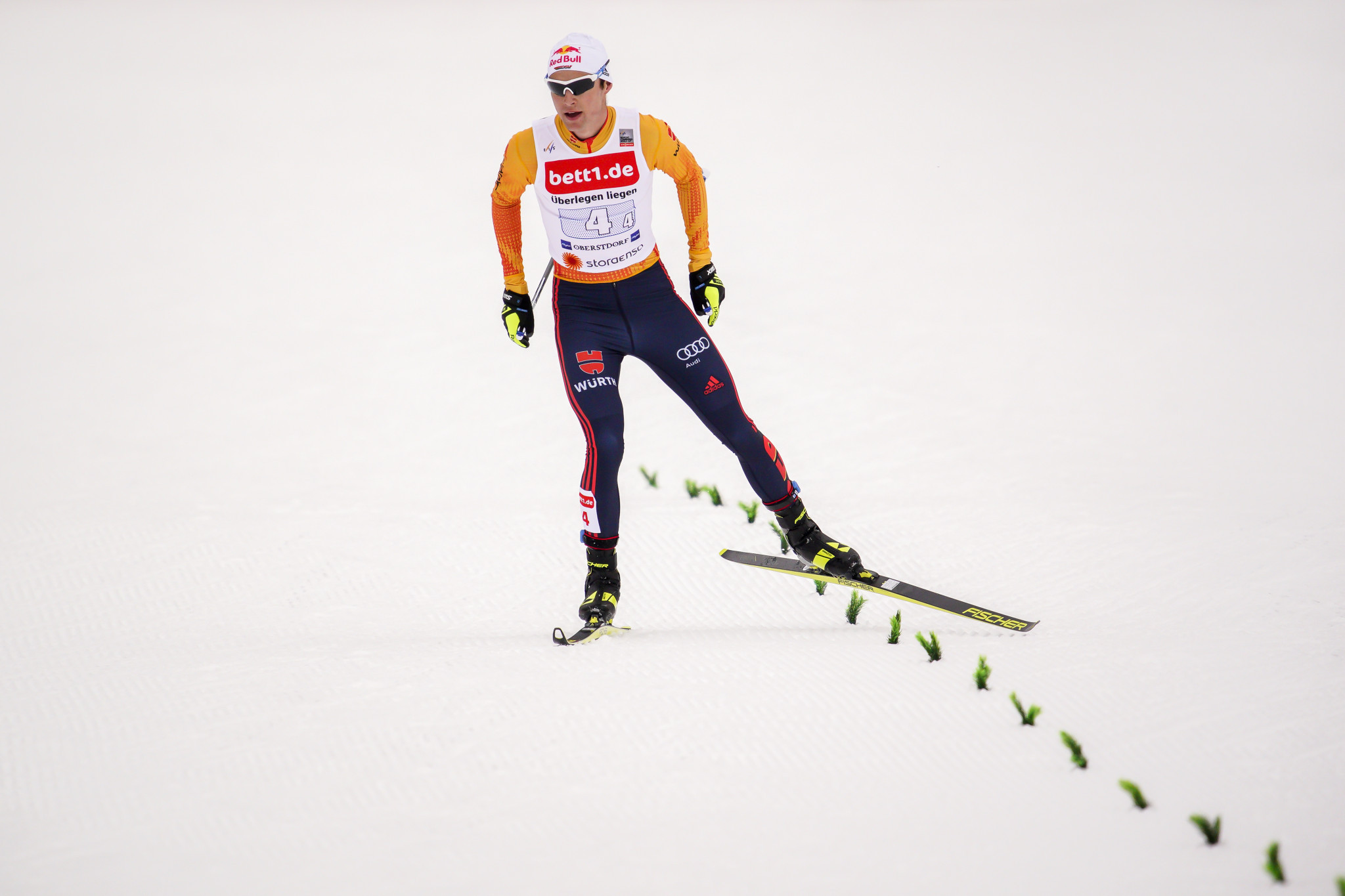 Austria's Lukas Greiderer had topped the standings in the ski jump with 142.2 points, giving him a 23-second advantage over fifth-placed Geiger in the 10 kilometres cross-country section.

Greiderer defended his lead for the opening 5km, but was eventually caught by Japan's Akito Watabe and Geiger.

Geiger was visibly the strongest skier of the three and soon took the lead, holding off his opponents to finish in 23min 28.0sec.

Riiber, who decided to skip this weekend's event to focus on preparations for the FIS Nordic World Ski Championships later this month, still leads on 940 points.

Nordic combined athletes will next compete at the the World Championships in Oberstdorf, scheduled for February 22 to March 7.