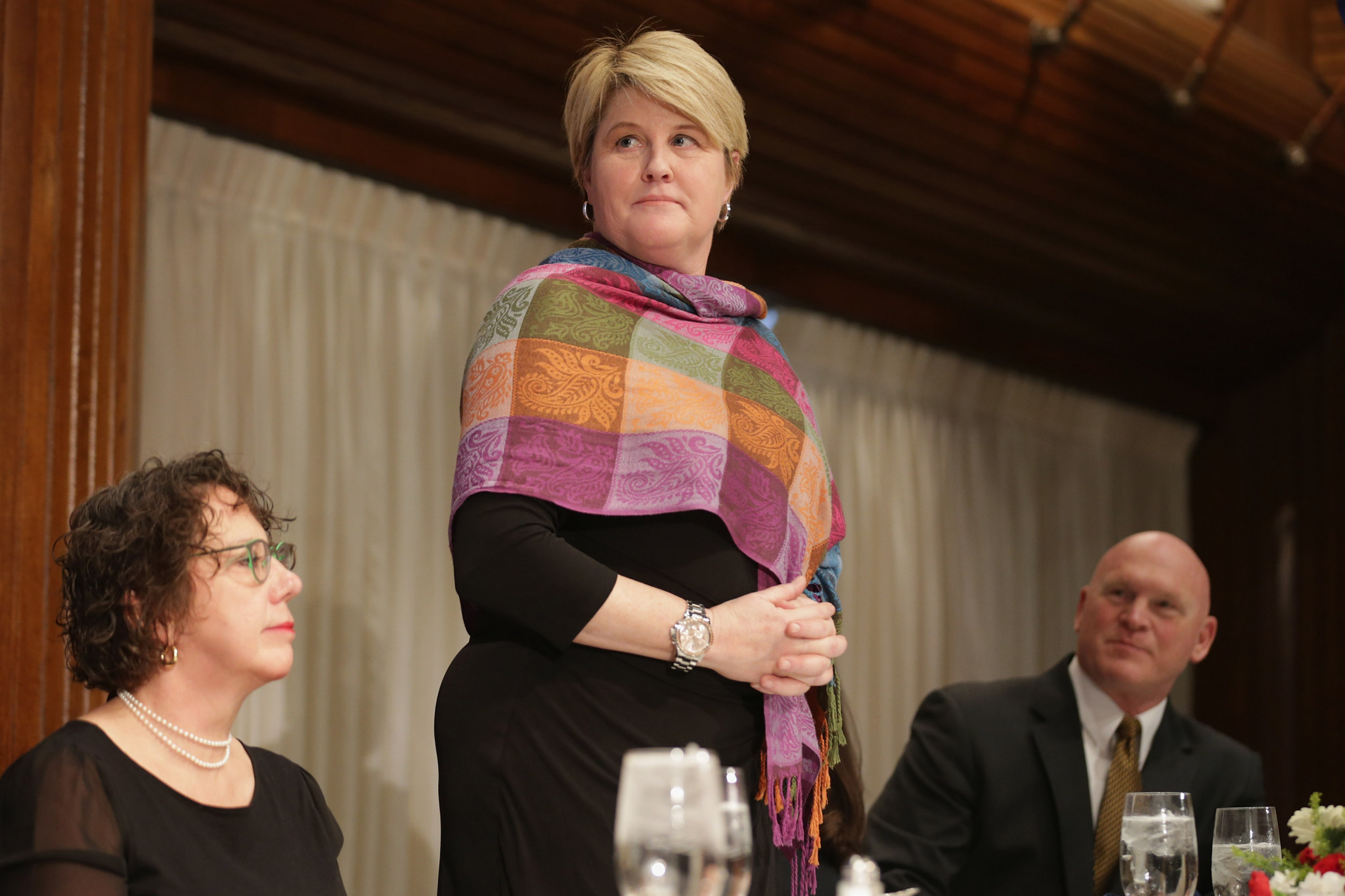 The chief executive of the Centre for Sport and Human Rights, Mary Harvey, has said athletes have real concerns about the Beijing 2022 Winter Olympics, stressing organisers need to be transparent in addressing alleged human rights abuses in China.

Harvey, an Olympic gold medallist and goalkeeper for the United States' national women's team at Atlanta 1996, has called on information on allegations to come to light from China.

Human rights groups have called on the International Olympic Committee (IOC) to remove China as the hosts of the Games because of treatment to Uighur Muslims, as well as other concerns such as pro-democracy crackdowns in Hong Kong.

"I'd like information and transparency of the situation," said Harvey when asked about whether China should host the Games, according to Reuters.

"I think right now in the absence of information it's difficult to say.

"I think sunlight is the best antiseptic.

"They do care about where products were made that they might be purchasing, they care about whether or not they are going to be in some cases safe or able to speak freely."

American two-time Olympic champion skier Mikaela Shiffrin said in March that she should not have to choose between her "morals" and her "job".

Harvey feels there is now more opposition against the Games in light of athletes expressing their concerns.

"It's building, it's increasing in volume," added Harvey.

"People who are advocating are becoming louder in their advocacy and they are asking for some information.

"They would like more information to disprove what they are fearful of.

"In absence of that, it probably will get worse before the Games - it could be they come off without a hitch, it could be that you are going to have athletes saying things or protesting.

"That's possible too - it's their right to do so."

Harvey added that IOC inaction would be down to its own choice rather than out of force.

"If they choose not to take a position, it's not because they are unable to," she added.

"I think it's a choice they are making opposed to something they are fundamentally unable to do."

The IOC has stated it opposes any boycott of the Games, despite concerns over human rights in China.

The Beijing 2022 Winter Olympics is scheduled to take place from February 4 to 20, with the Paralympics set for March 4 to 13.