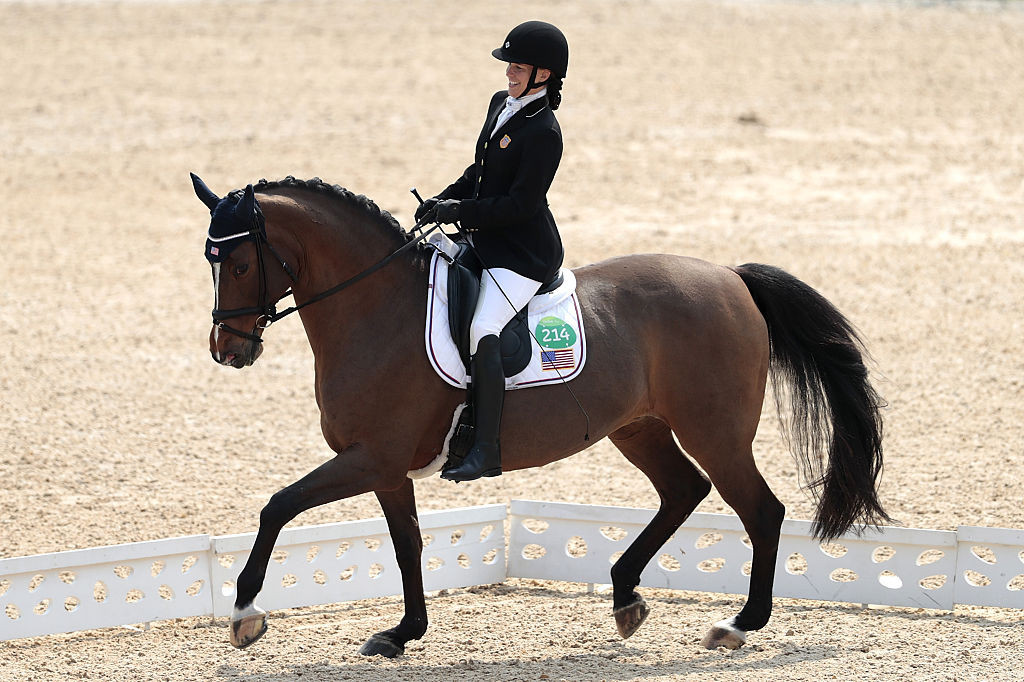 US Equestrian has announced its four-strong Paralympic dressage team to take part in the Games.

Two other combinations were nominated as team alternates - Sydney Collier and All in One, and Charlotte Merle-Smith on Guata.

Following the individual tests on August 27 at the Games, three combinations will be selected to compete in the team competition.

De Lavalette, 22, has been competing in Grade I with the United States Para dressage team since January 2020.

She is currently a student at the University of San Diego and also works as a motivational speaker.

Hart, 36, will be competing in her fourth consecutive Paralympic Games.

When not competing, Hart works to raise awareness of HSP.

Shoemaker, who turns 34 just before the Games begin, has competed with the American team since 2018.

She competes in Grade IV due to white matter lesions resulting from periventricular ischemia, resulting in motor control dysfunction.

Shoemaker won every competition entered in the first half of 2021, earning her selection for Tokyo.

Trunnell, 36, will return to the Paralympic Games for a second appearance.

The highest-ranked Para dressage rider in the world, Trunnell is a two-time member of the US team for the World championships.

Formerly competing in able-bodied dressage, Trunnell contracted a virus in 2009 that caused swelling in the brain and required the use of a wheelchair.

Trunnell worked her way back to ride again in Para dressage by 2012 and currently competes in Grade I.